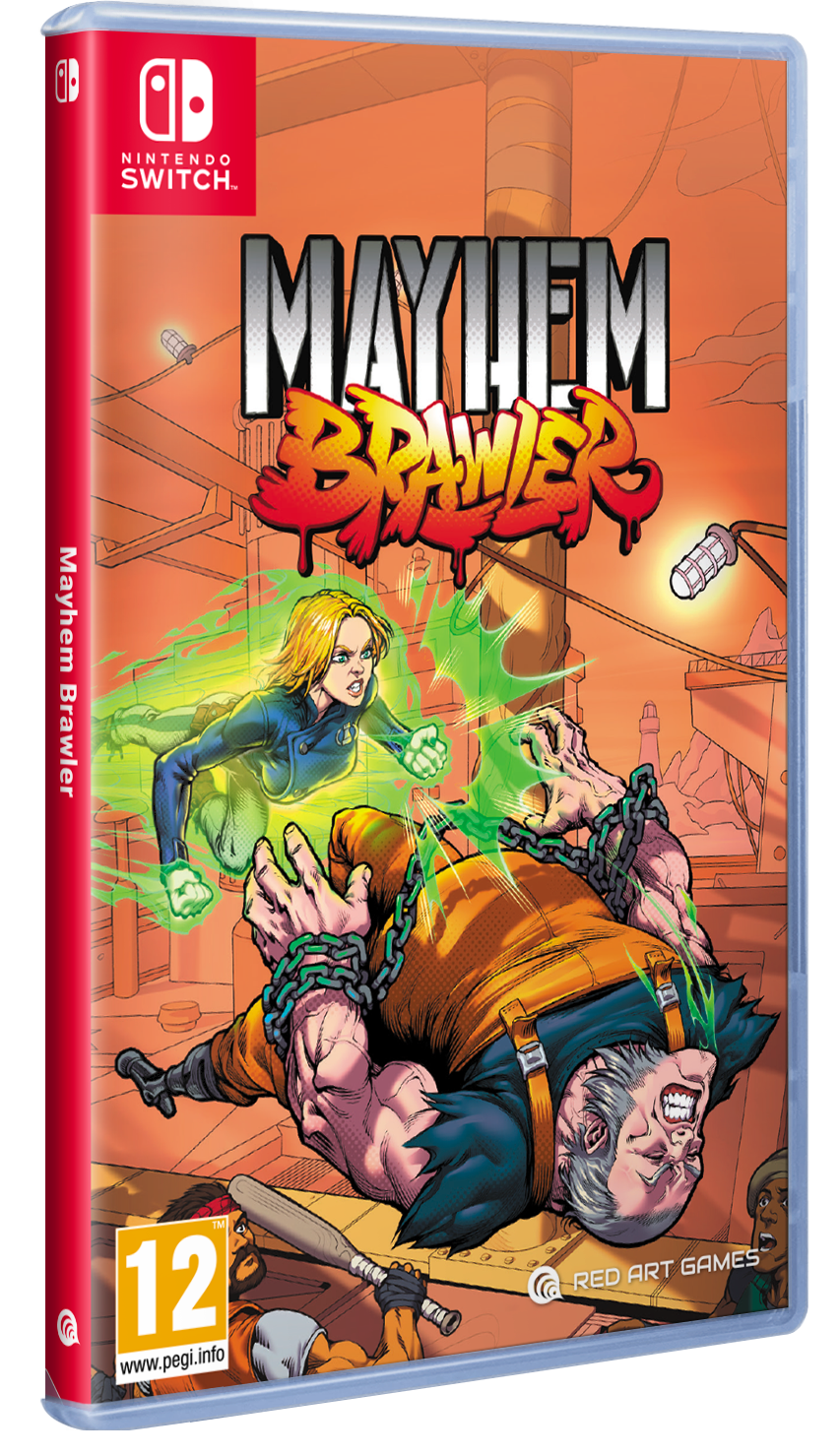 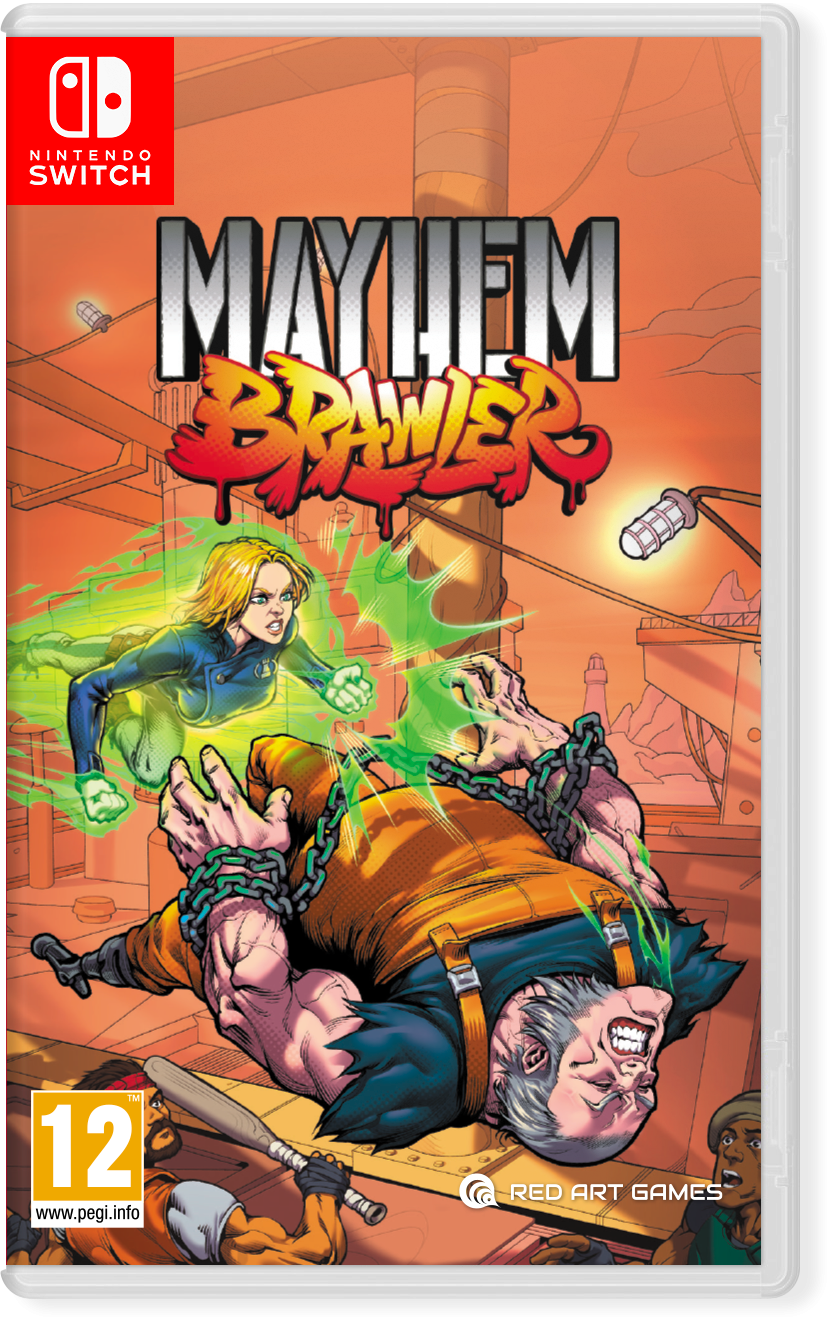 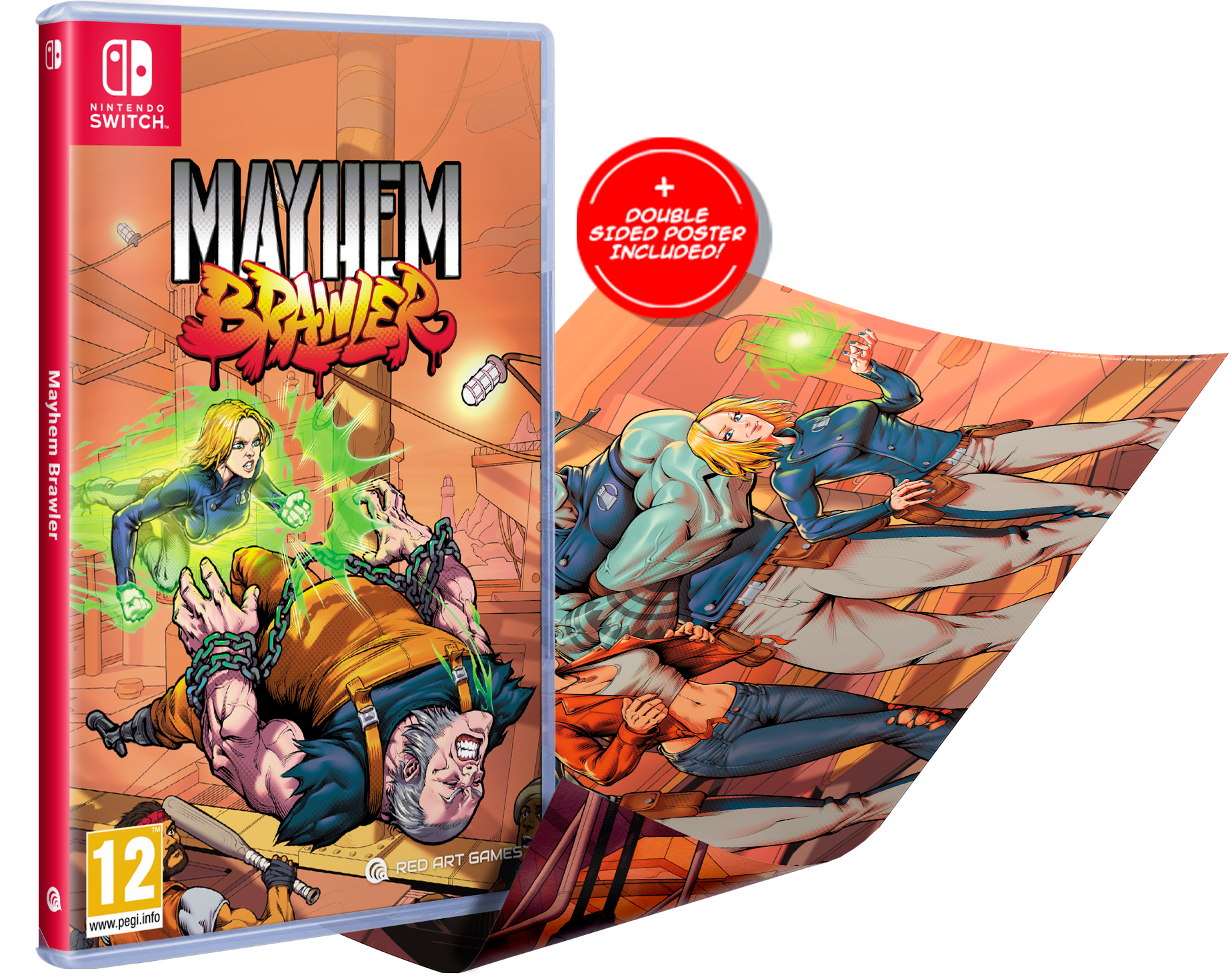 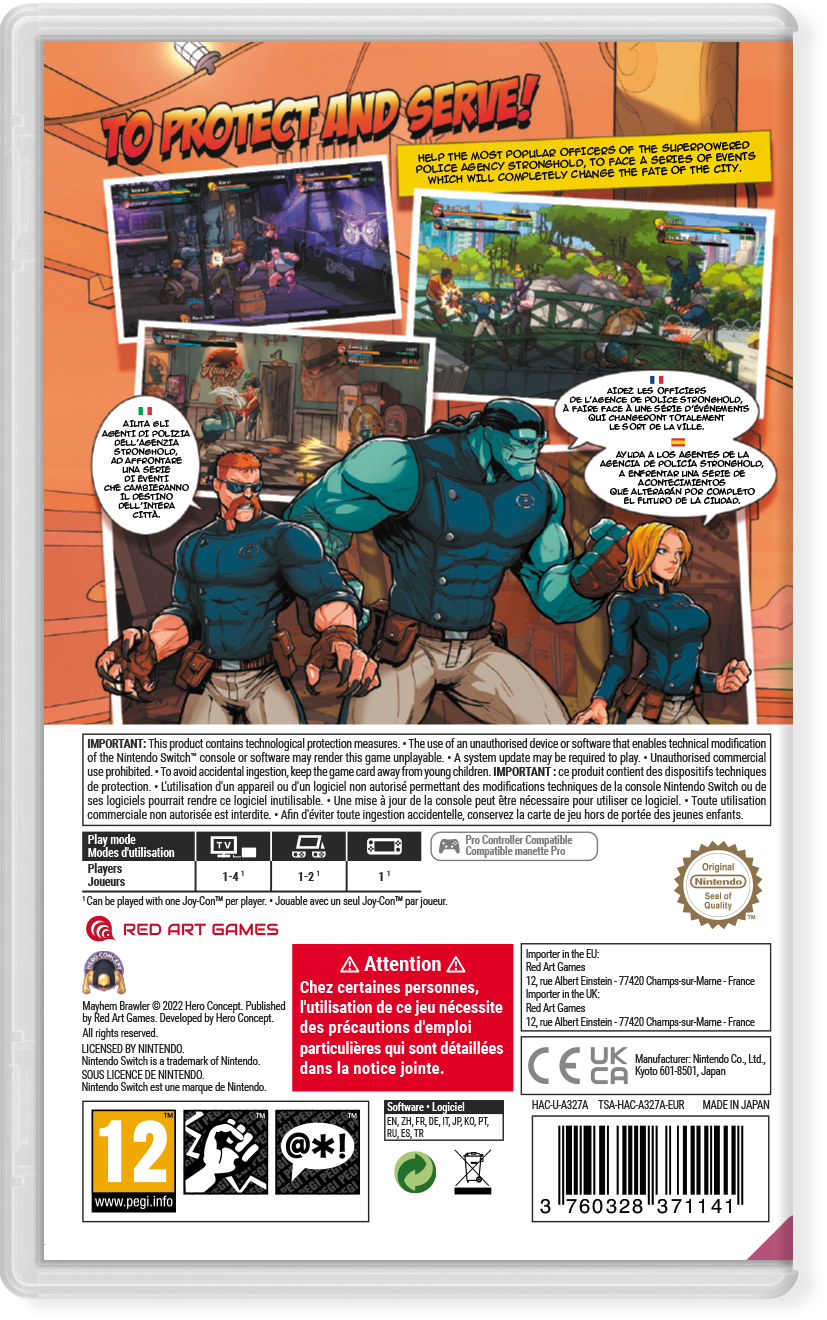 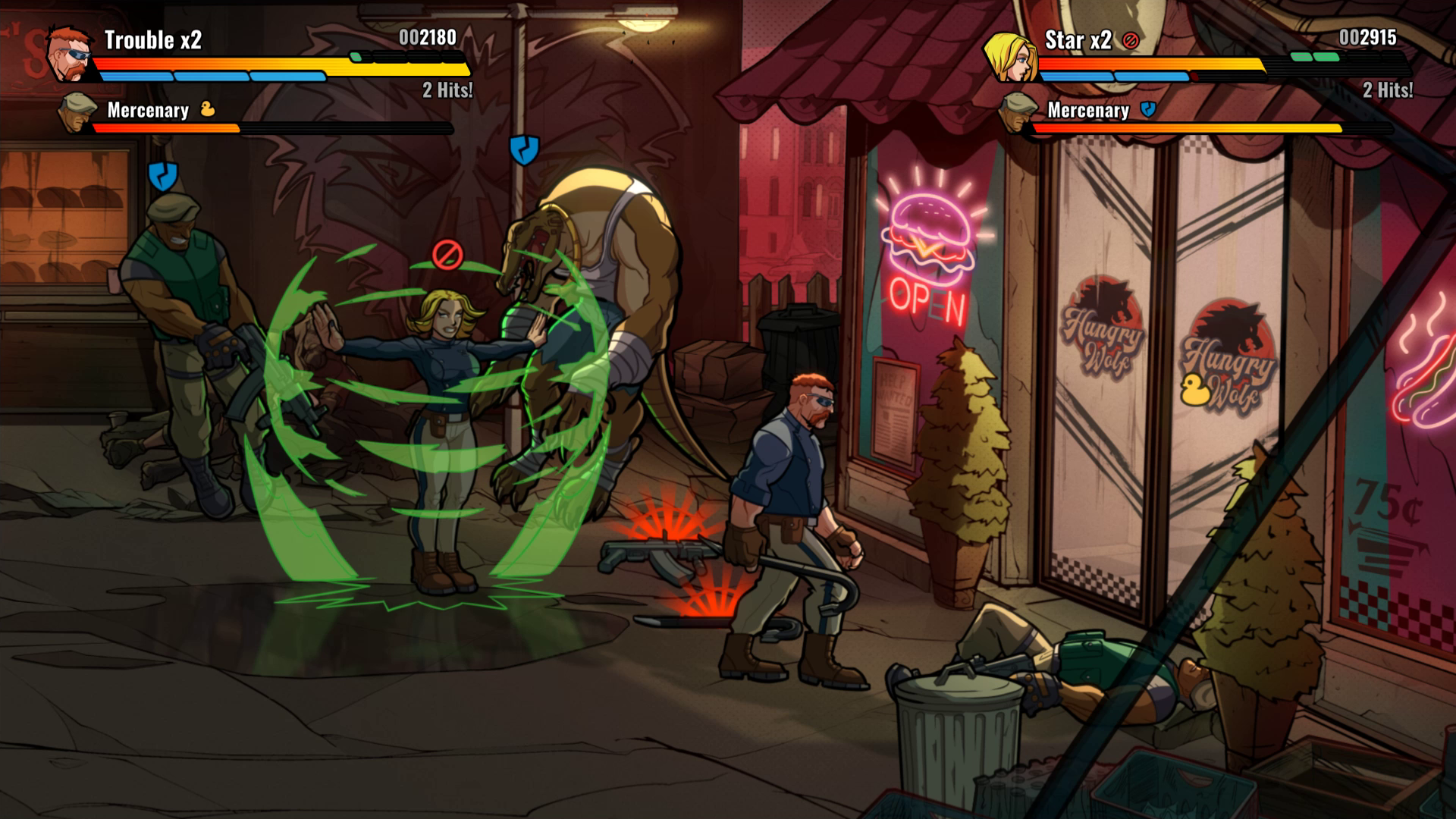 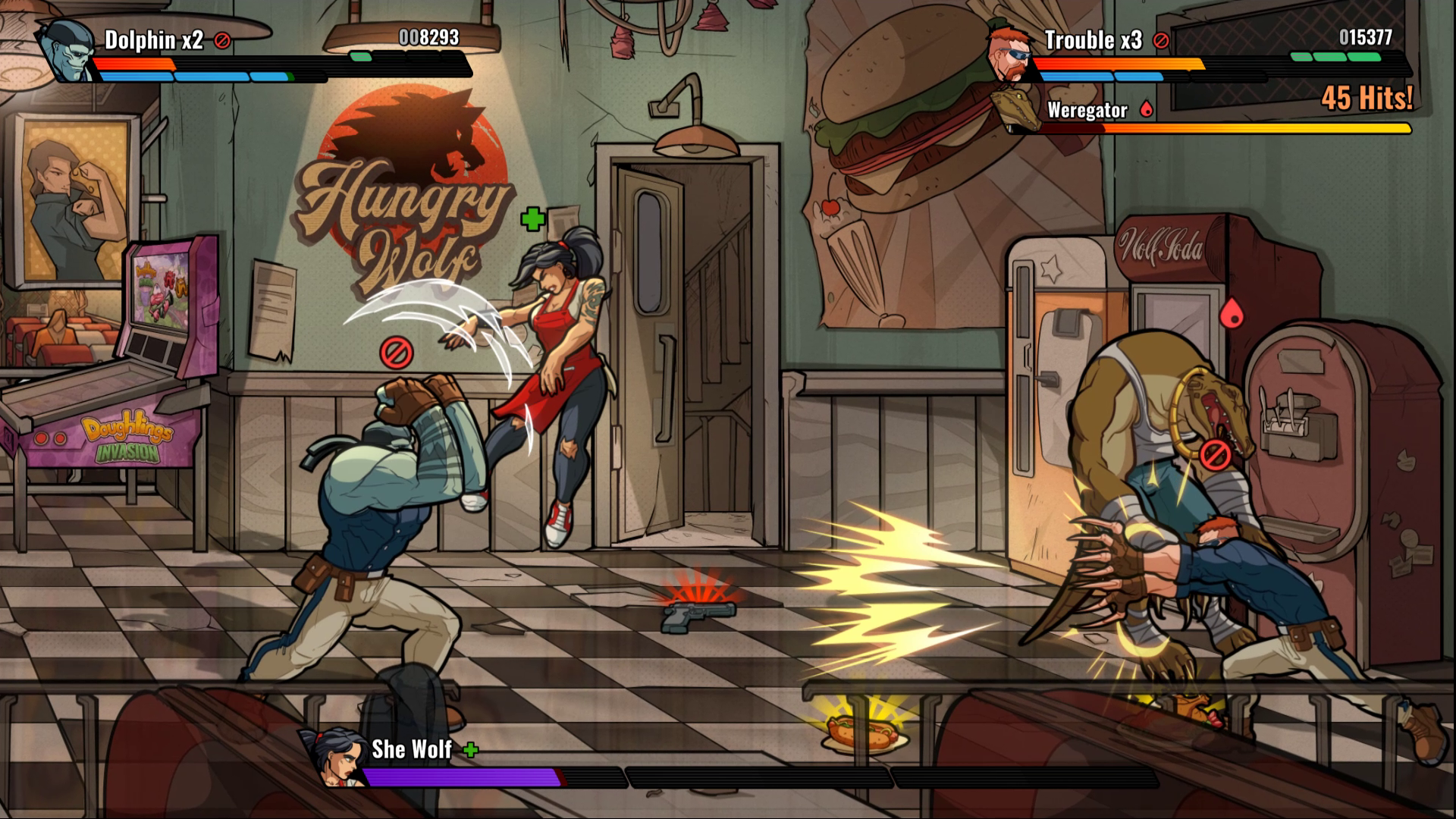 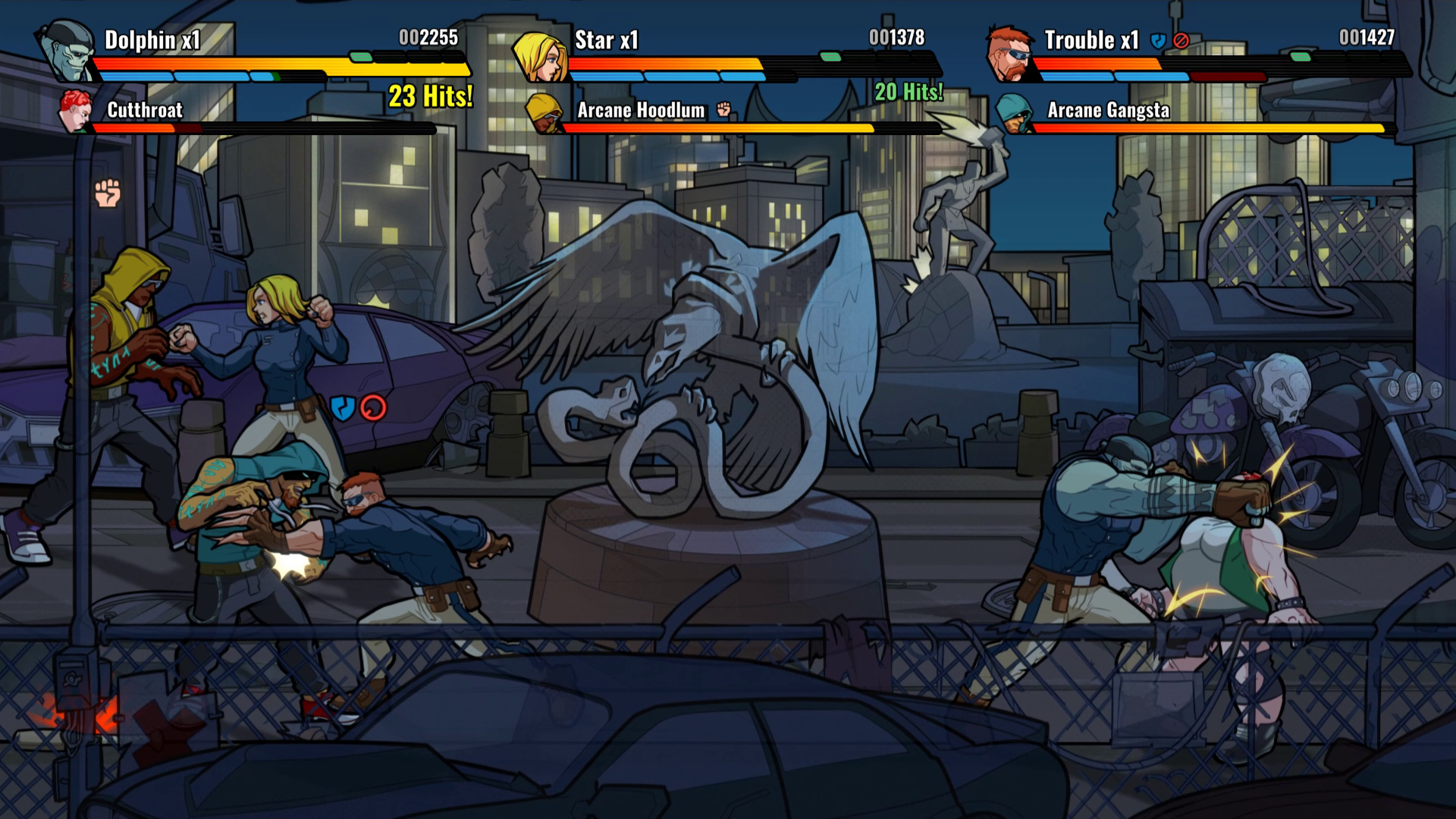 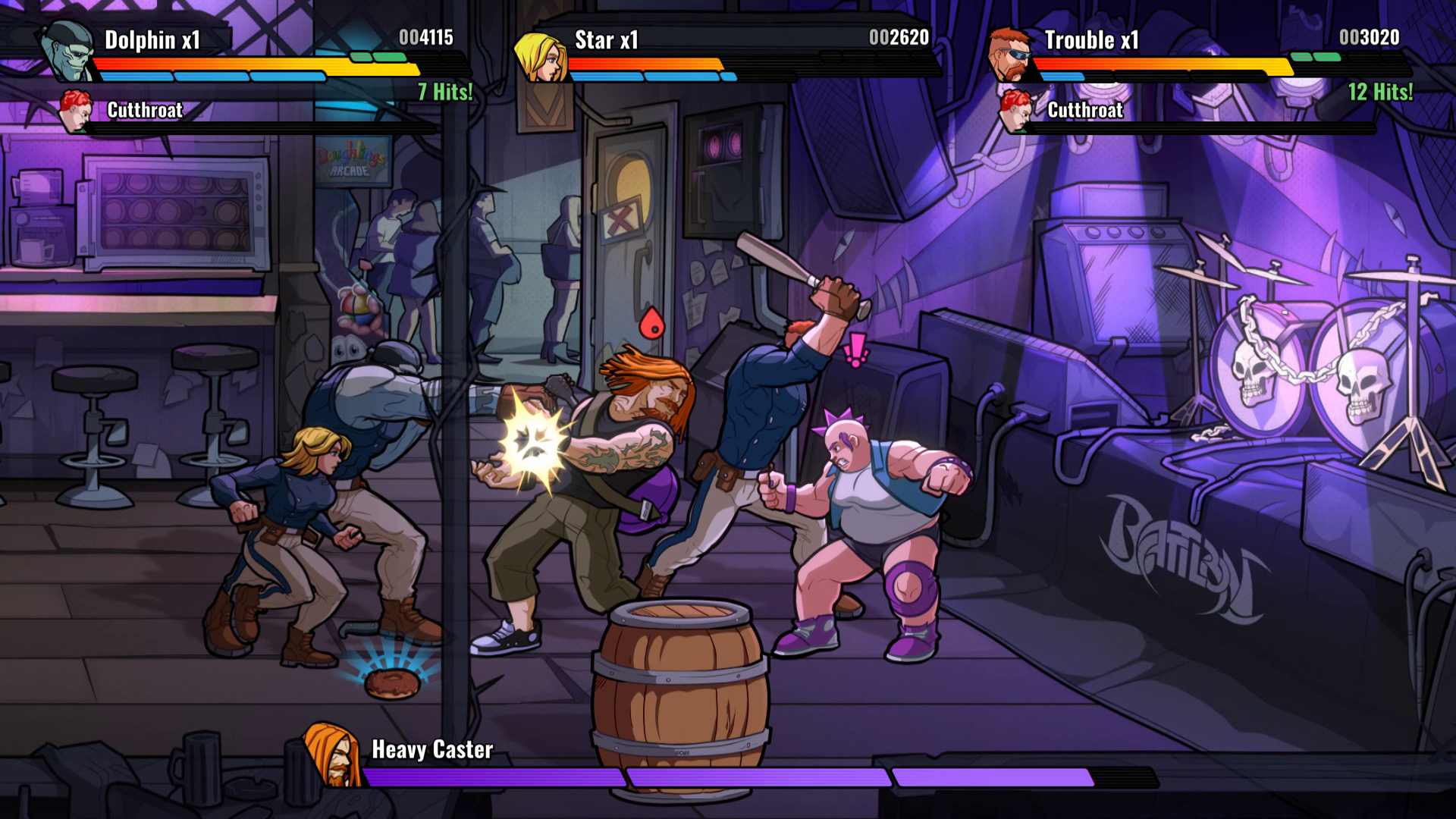 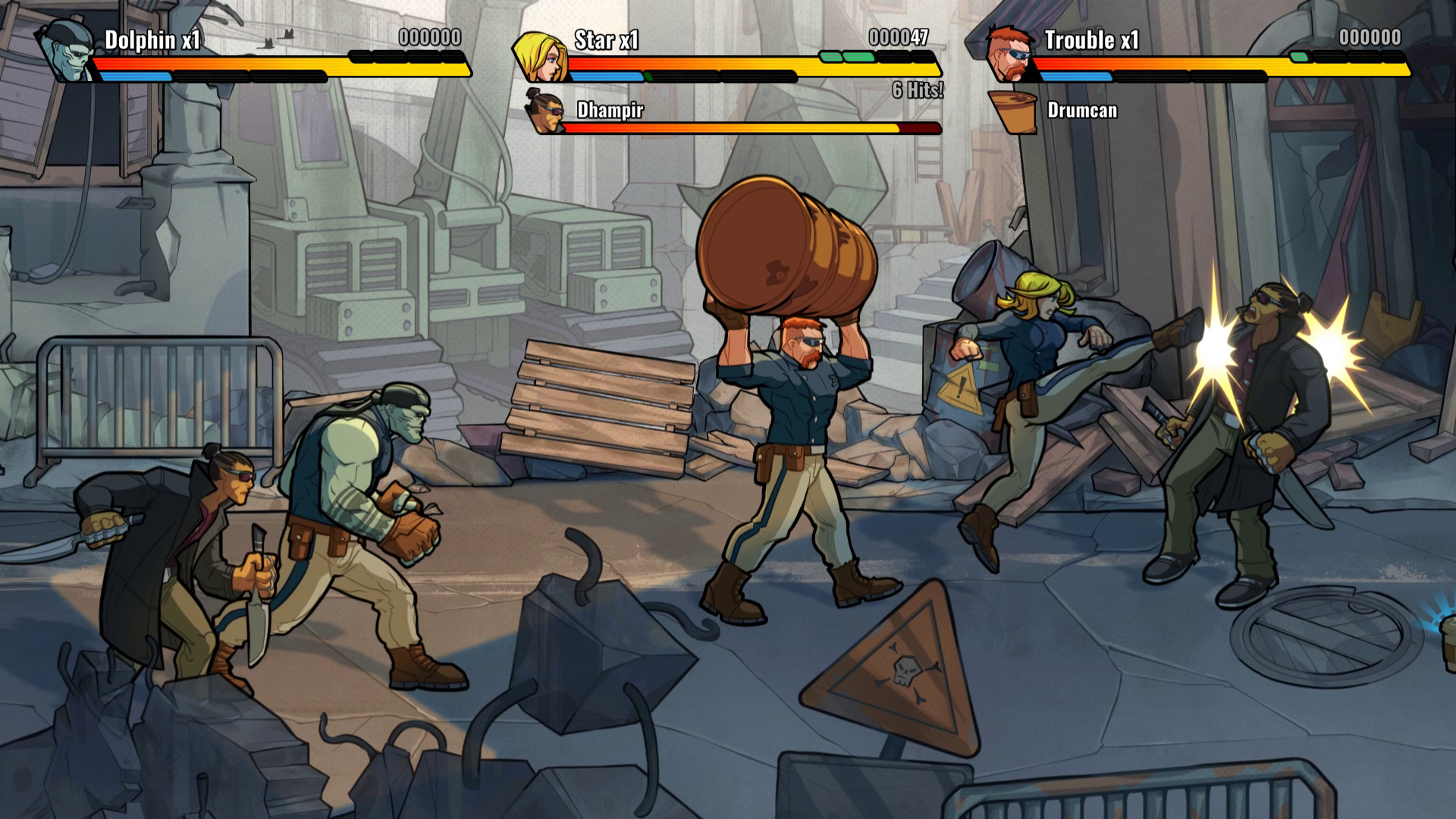 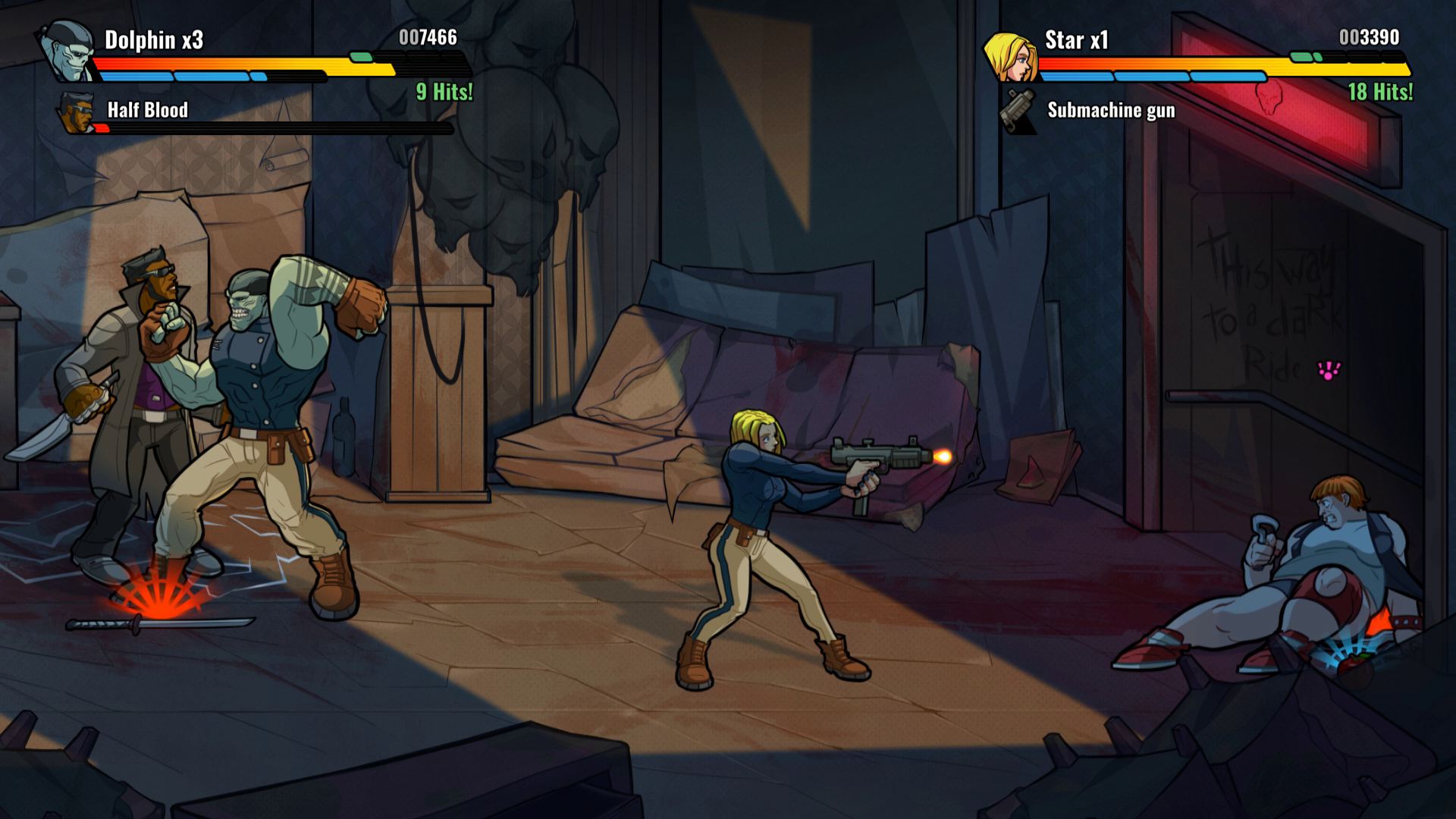 Game will include a double-sided poster!

TO PROTECT AND SERVE

While answering a routine call on a patrol, Dolphin, Star, and Trouble -the front-runner metahuman officers of the super-powered law enforcement agency, Stronghold- find themselves in a sequence of events that will alter the fate of the entire city.

Let’s get one thing straight; if you ever think that a day in the life of a super-powered law enforcer is easy, you couldn’t be more wrong, as there are greater threats than street gangs in urban fantasy-themed Mayhem Brawler. Using your arsenal of combos and special abilities, you and your co-op teammates should make life miserable for those super-powered criminals. Fend yourself from the fury of werewolves, resist the hexes of street wizards and confront the megacorp led by vampire houses that enforce their goons to do their dirty deeds.

Comic book-inspired hand-drawn backgrounds and frame-by-frame animations coupled with a kick-ass soundtrack will deliver a jolt of adrenaline to your controller. With the choices you make, you will shape the flow of the story, unlock a brand new character, and finally reach one of the three different endings in the Mayhem Brawler universe, where each corner has a story to tell.