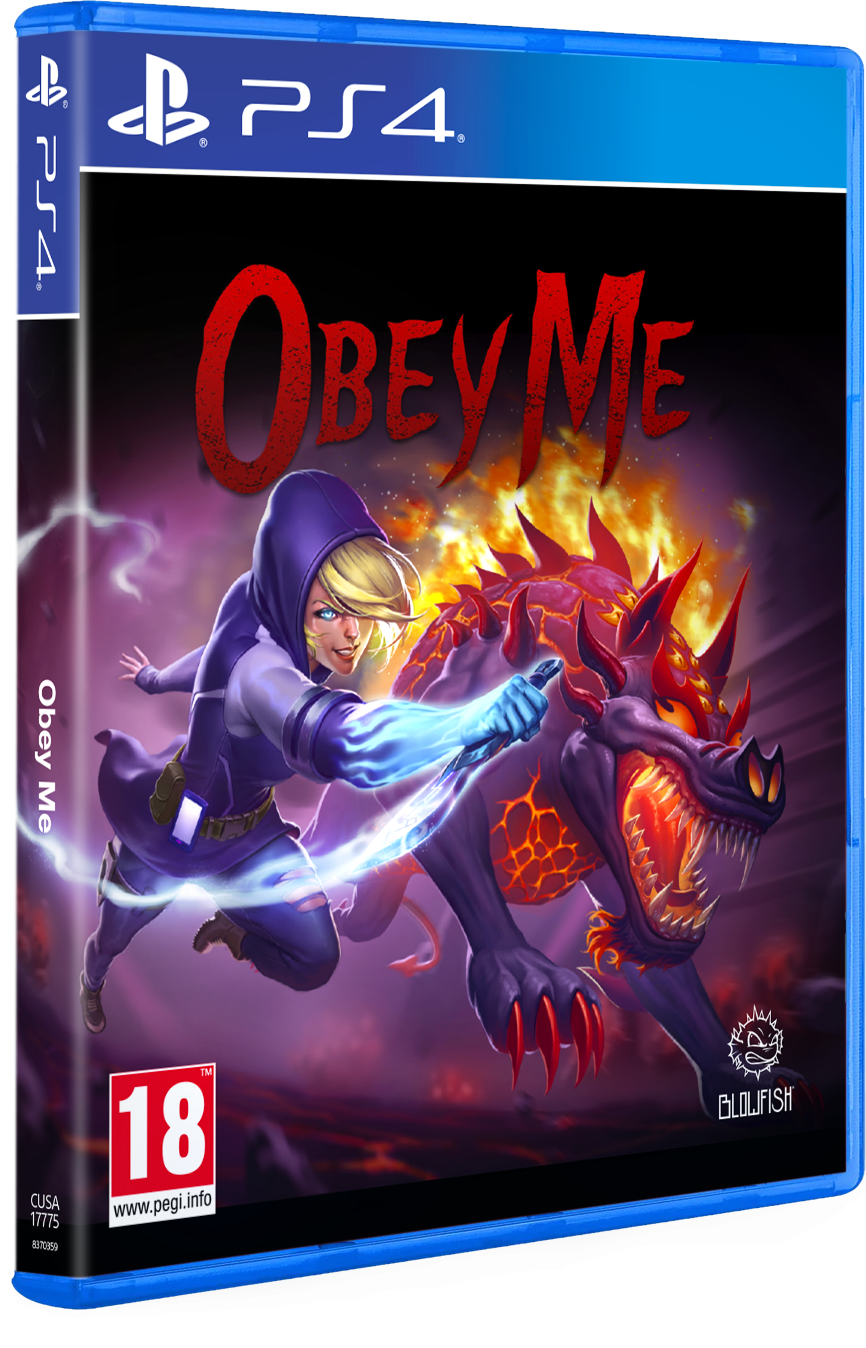 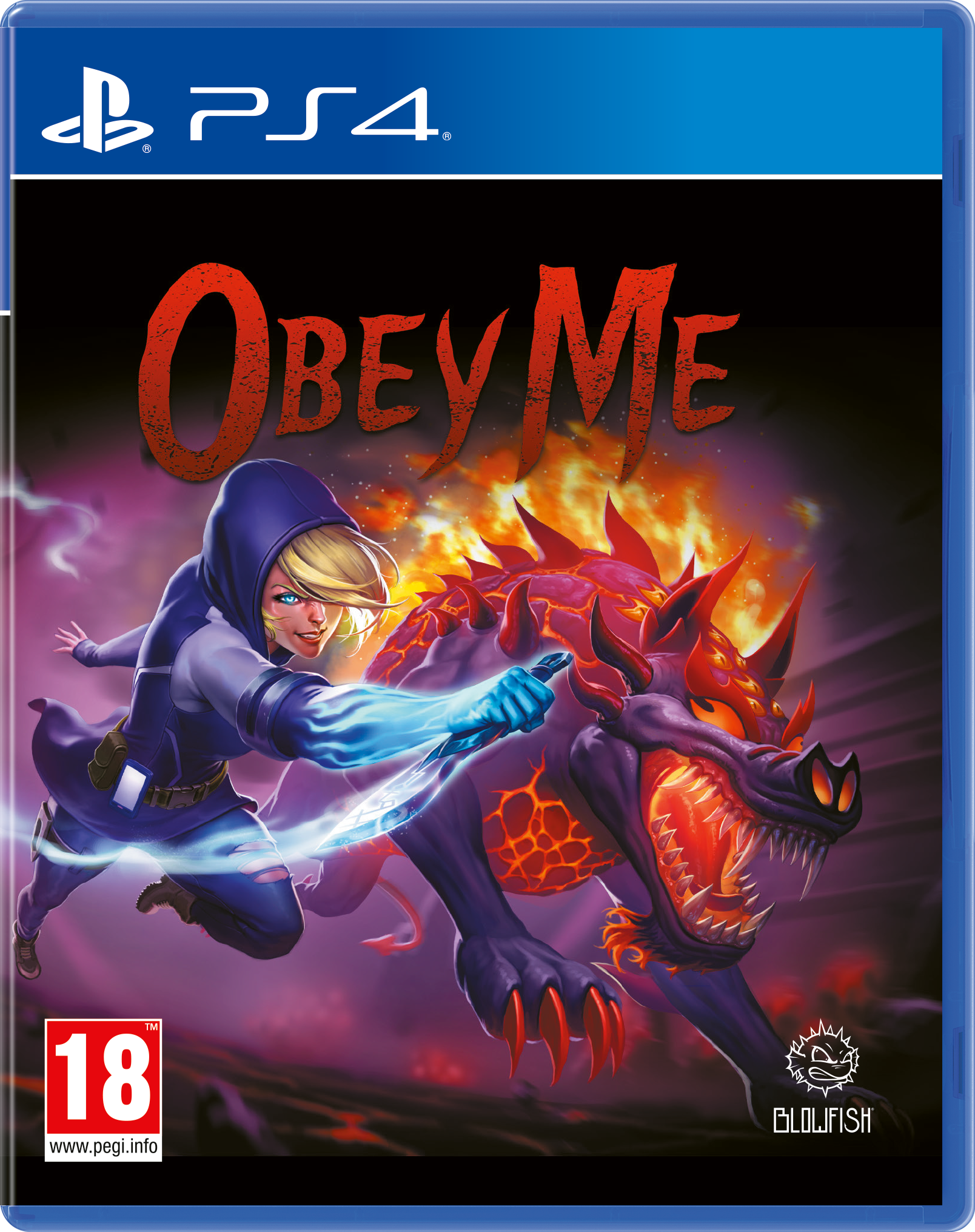 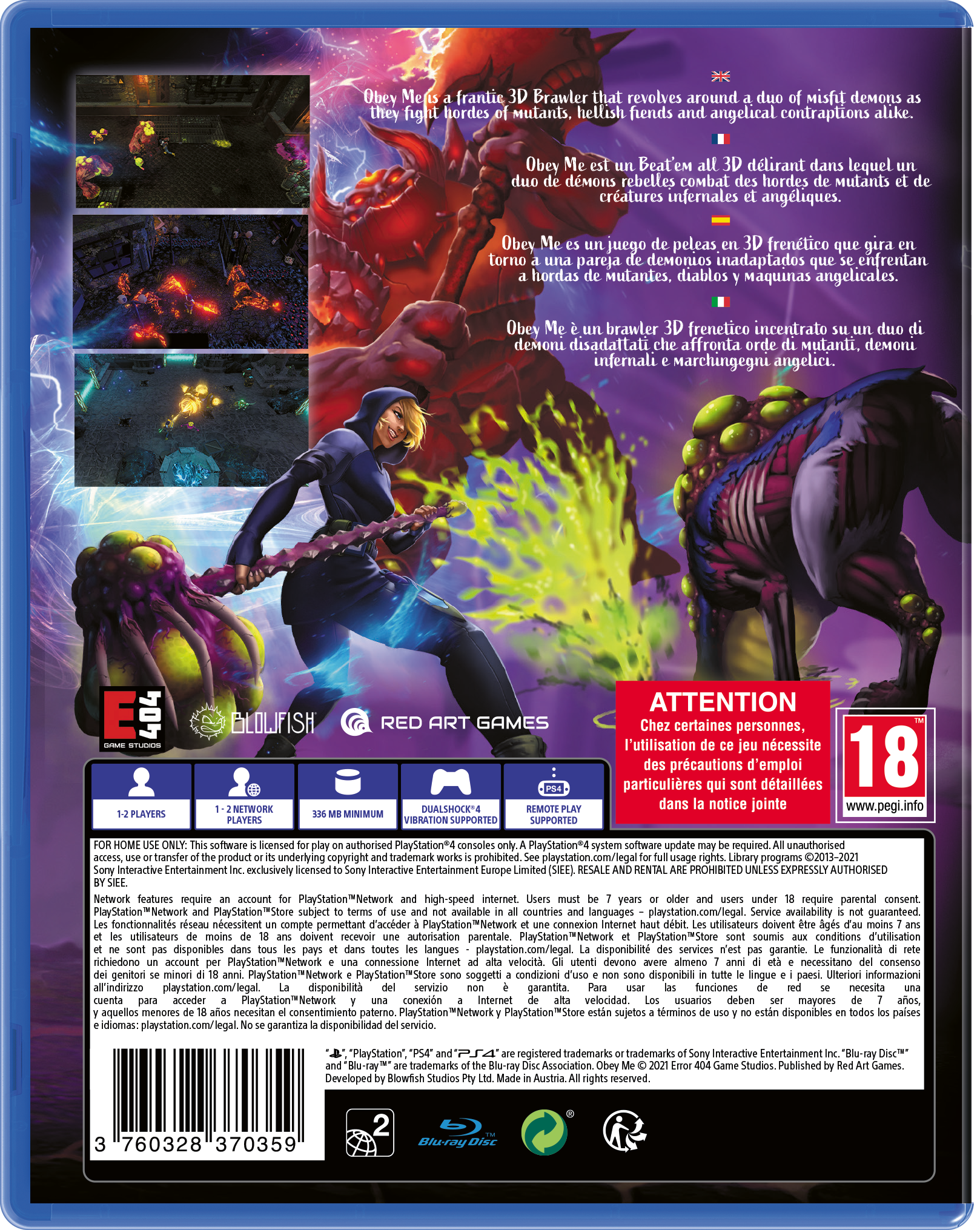 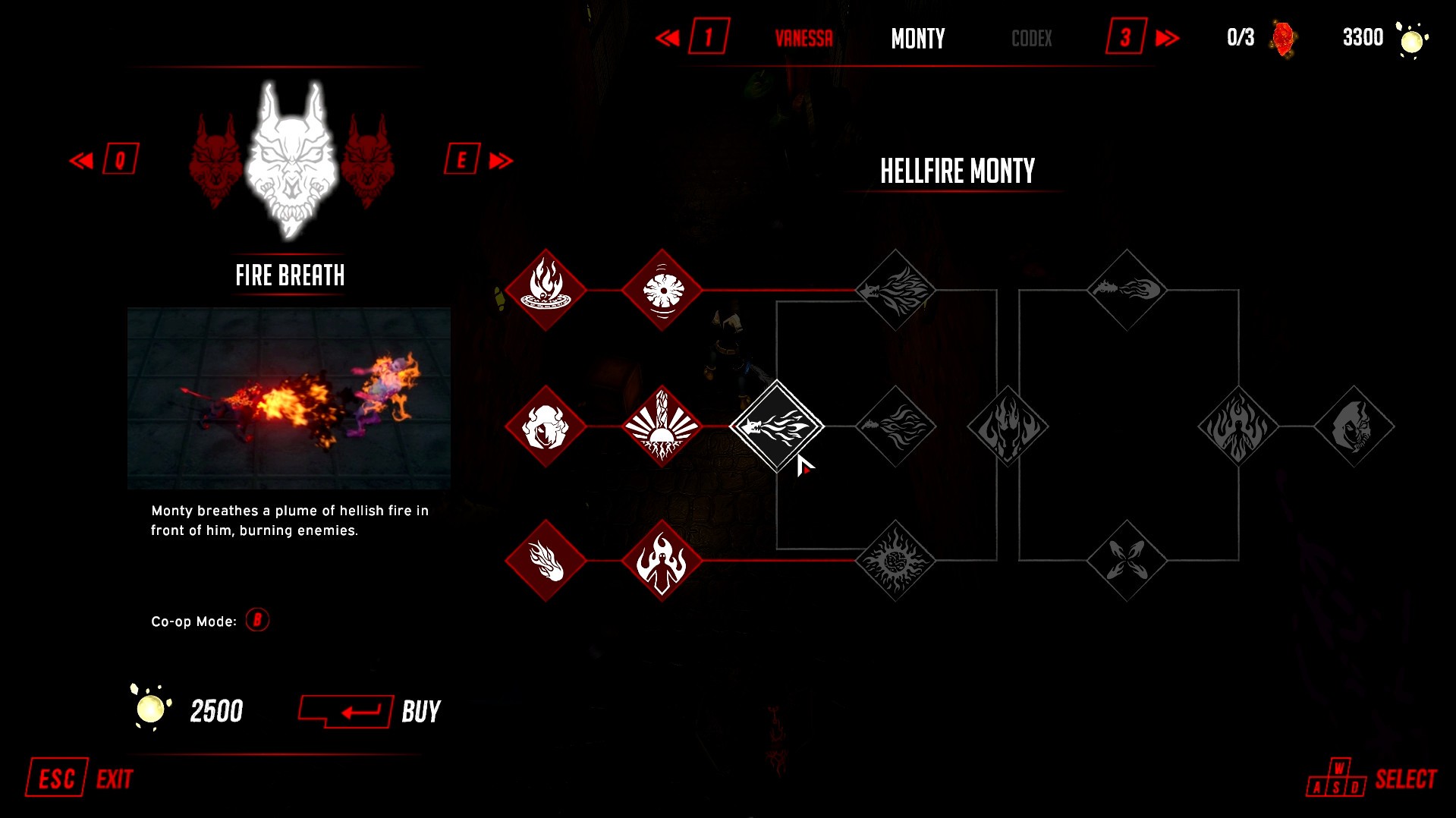 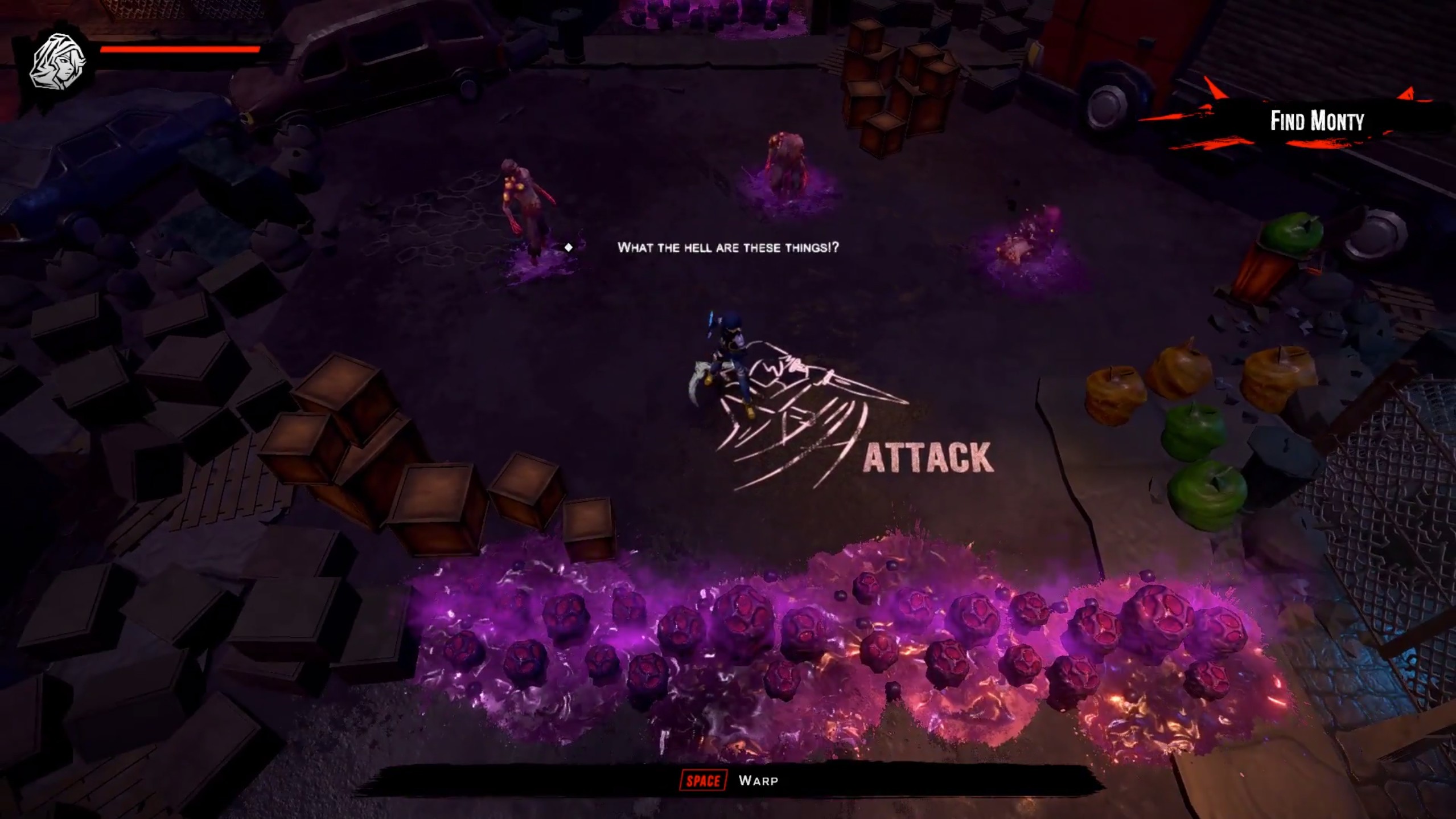 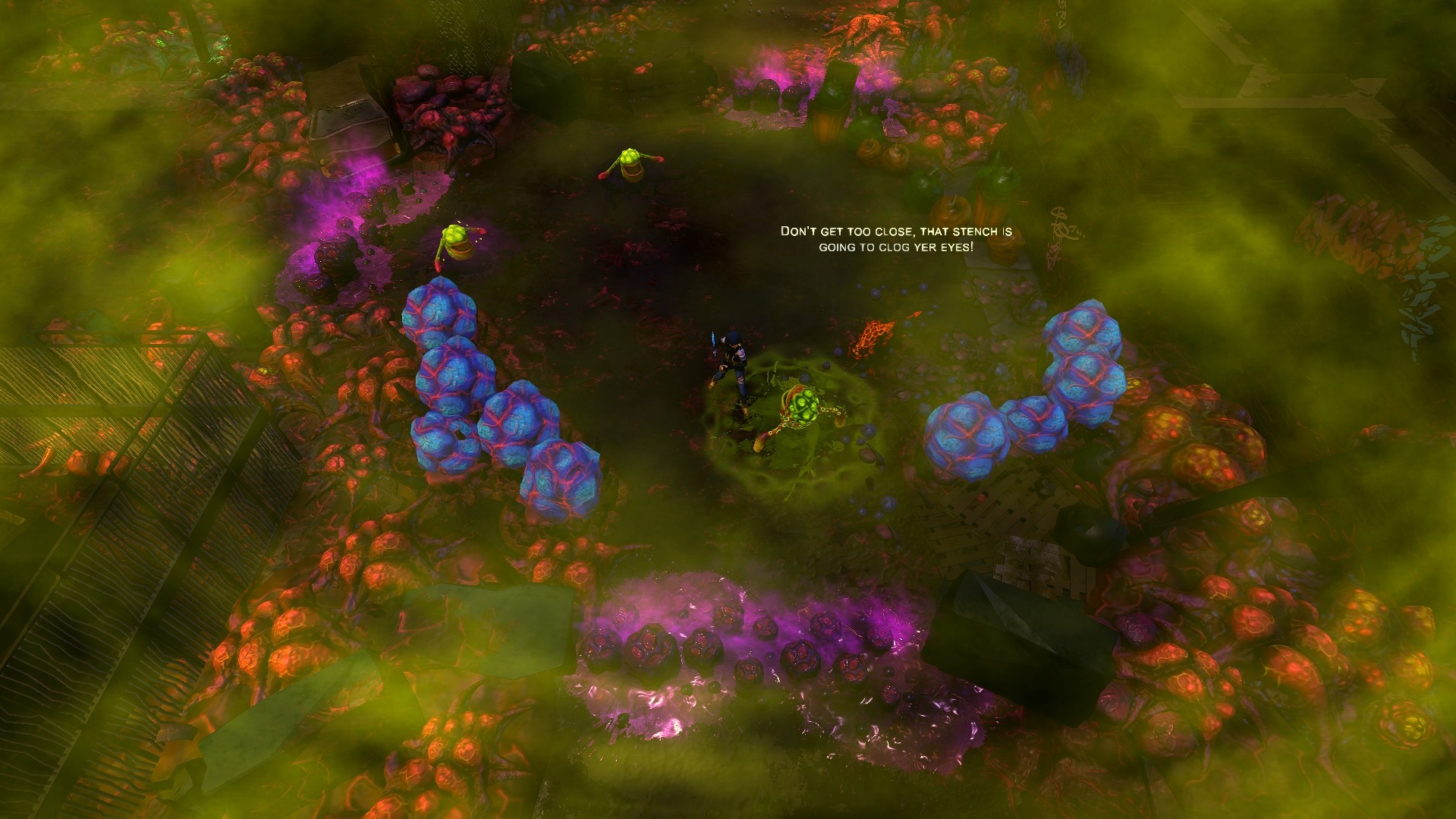 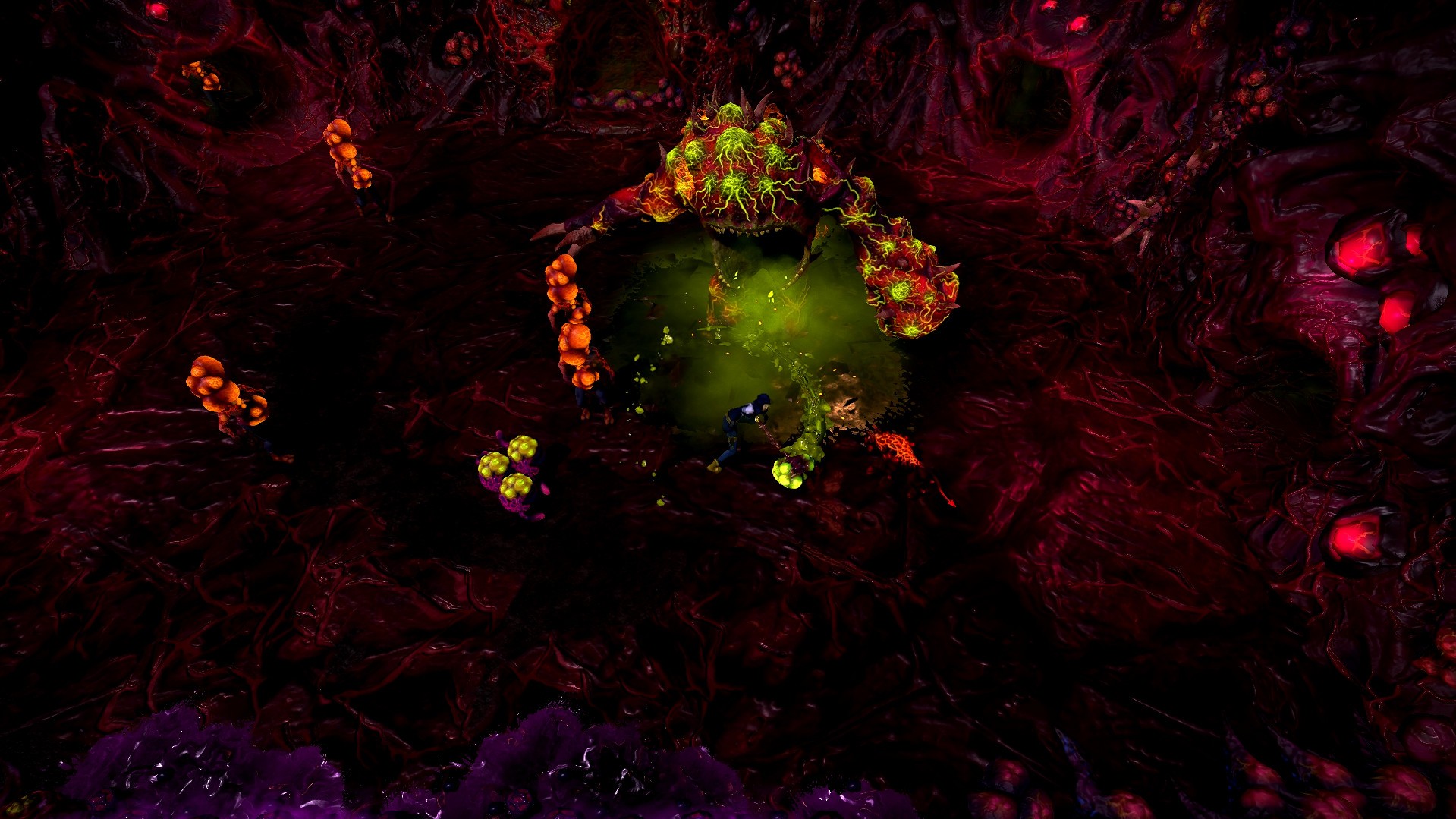 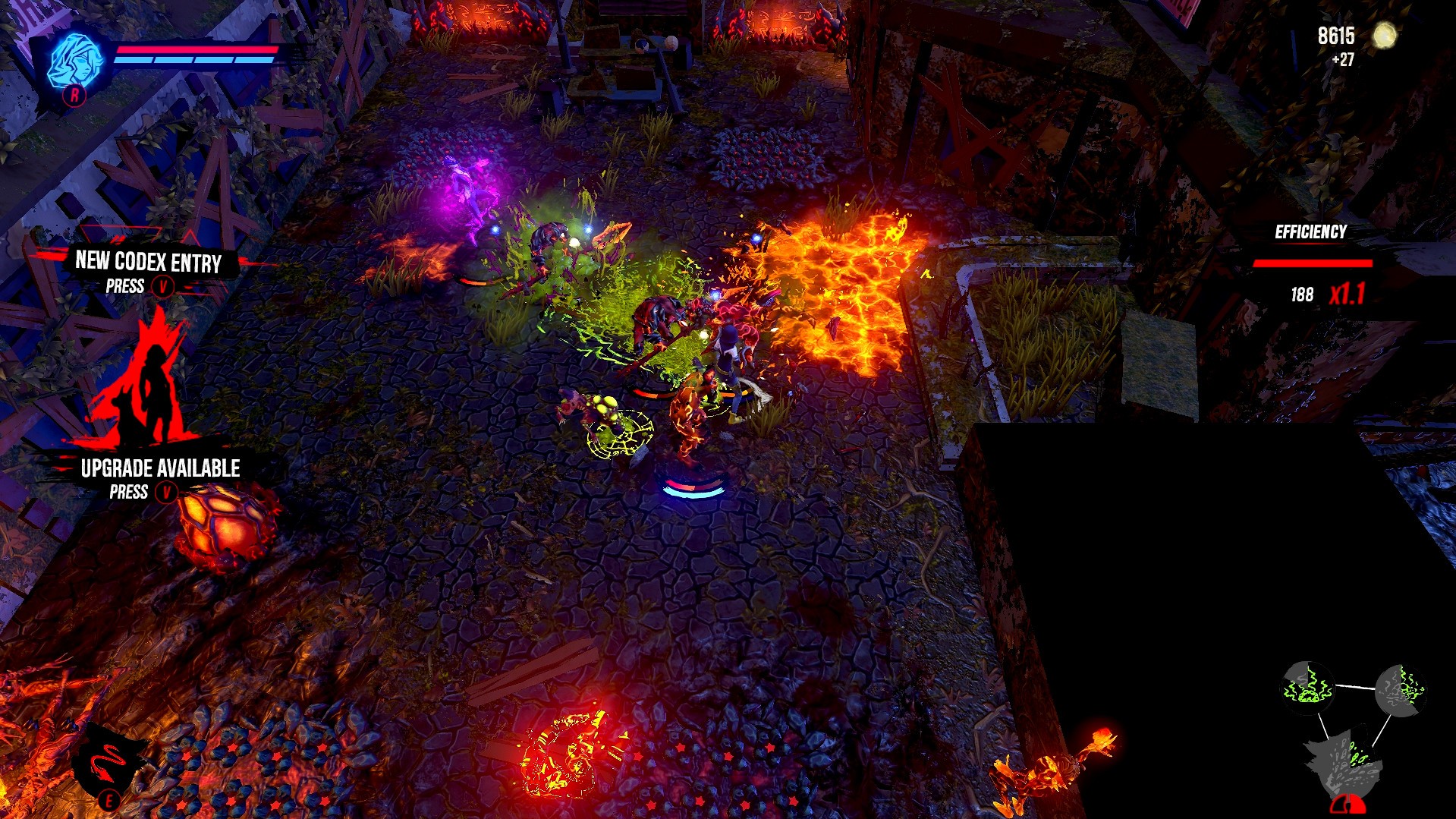 Obey Me is a frantic 3D Brawler that revolves around a duo of misfit demons as they fight hordes of mutants, hellish fiends and angelical contraptions alike.

In a time and age much like our own, Heaven and Hell are locked in an eternal conflict where the souls of Mankind are at stake. Vanessa Held, a lowly Soul Huntress, and her Hellhound companion, Monty, could be the ones to tip the balance of the war with their own hands.

Embark on a journey in city fraught with peril, slashing, kicking and biting your way through hordes of foes, consuming their souls to unlock new combos, skills and transformations.

-Experience an immersive story with unique and intriguing characters, which can be played either on your own or with a friend in Local Co-op.

-Fight alongside Monty, your canine partner, combining your attacks to crush whoever dares stand in your way.

-Obtain and master several different weapons, each having their own attacks and special abilities, and gain the upper hand against your foes.

-Harvest the souls of fallen enemies, and use them to upgrade your weapons and Monty's transformations, making them even deadlier.

-Scour the decaying city in search of secrets to learn more about the world of Obey Me and boost your chances of survival.