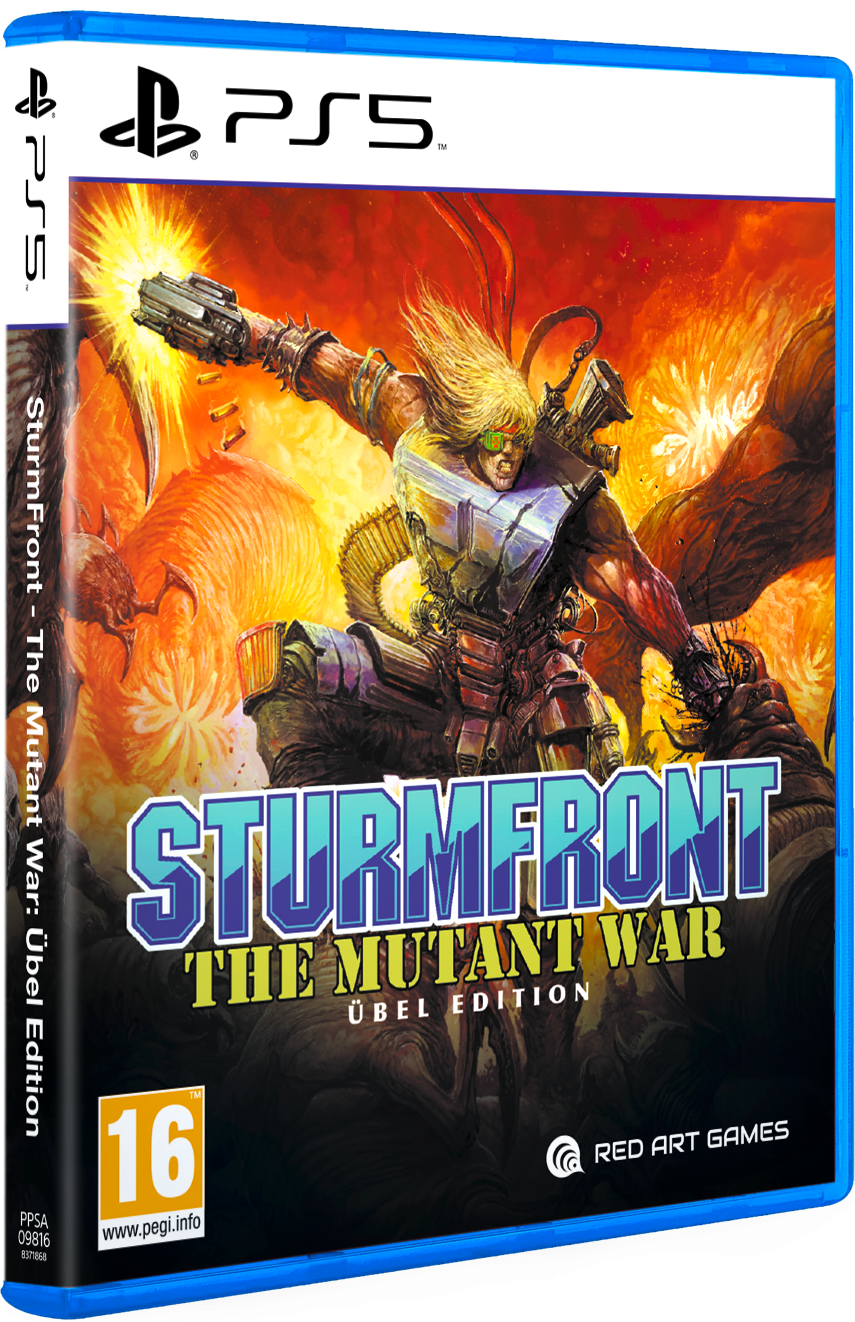 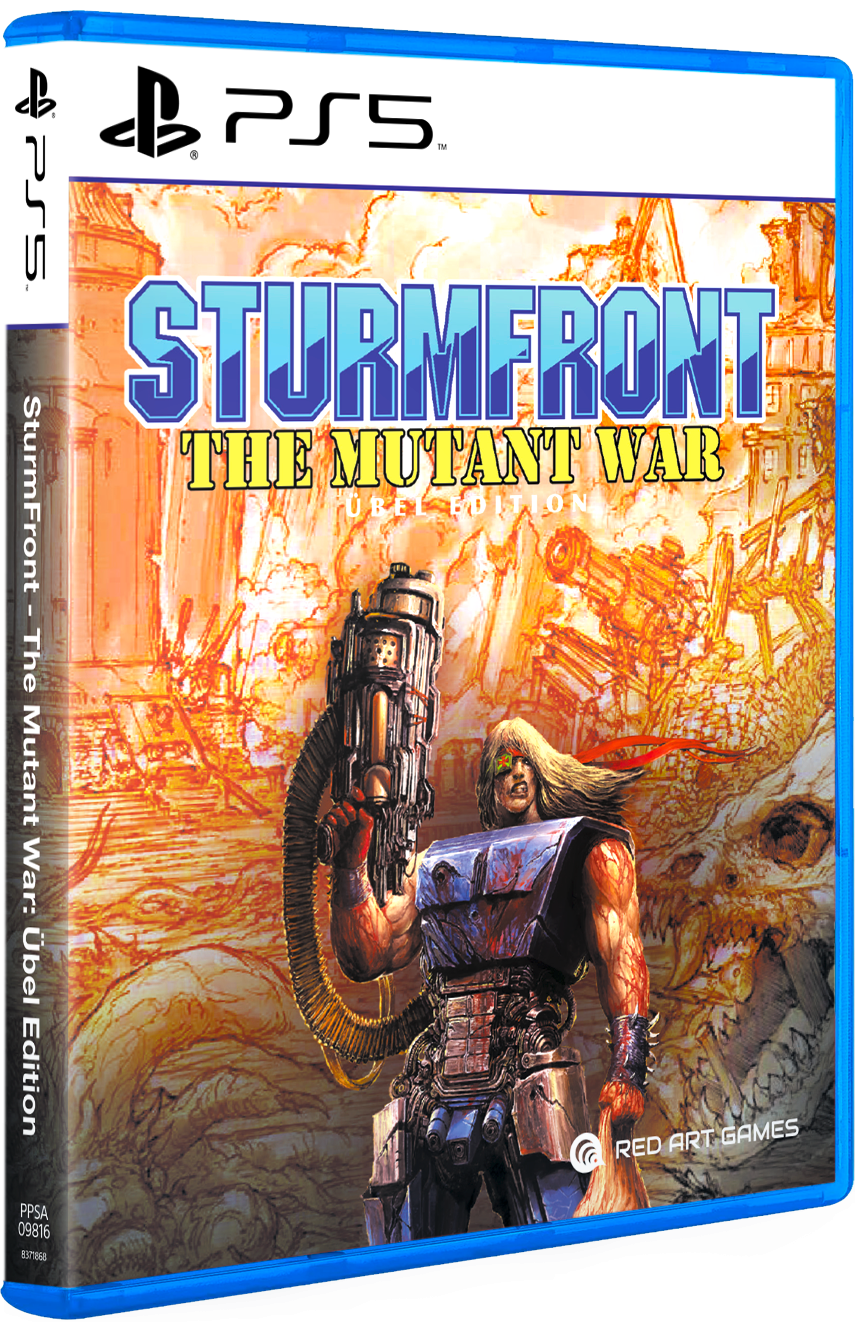 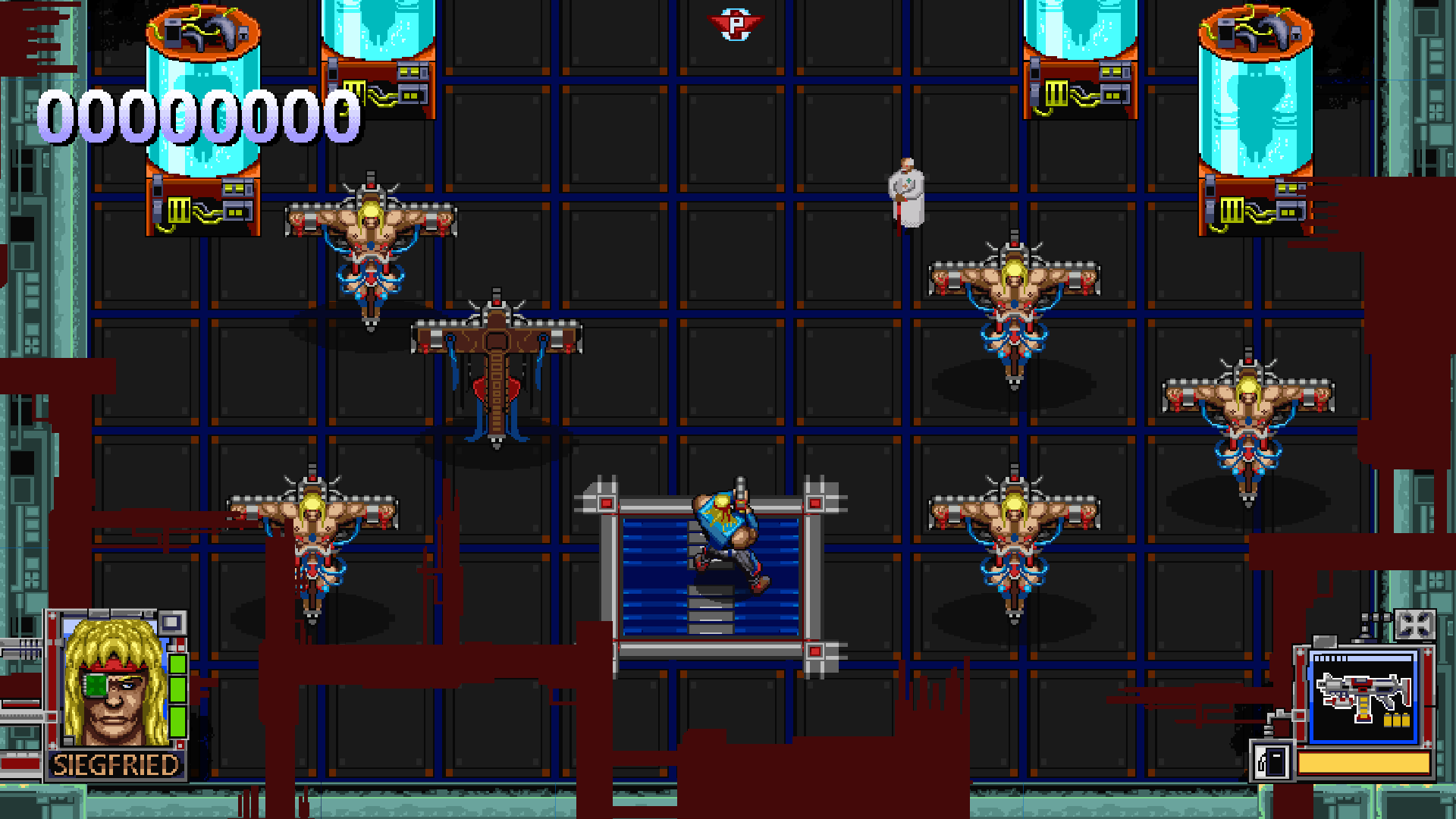 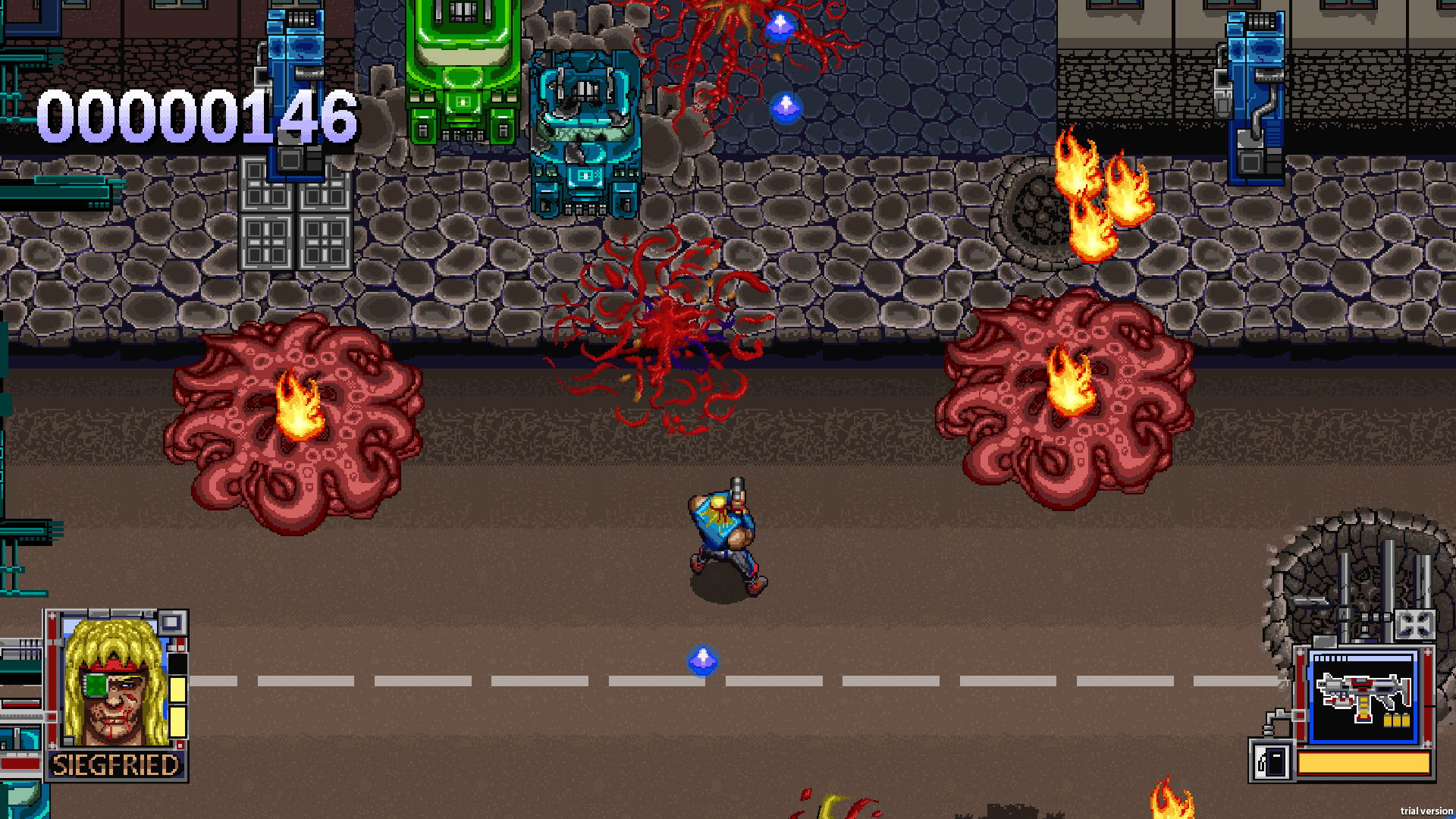 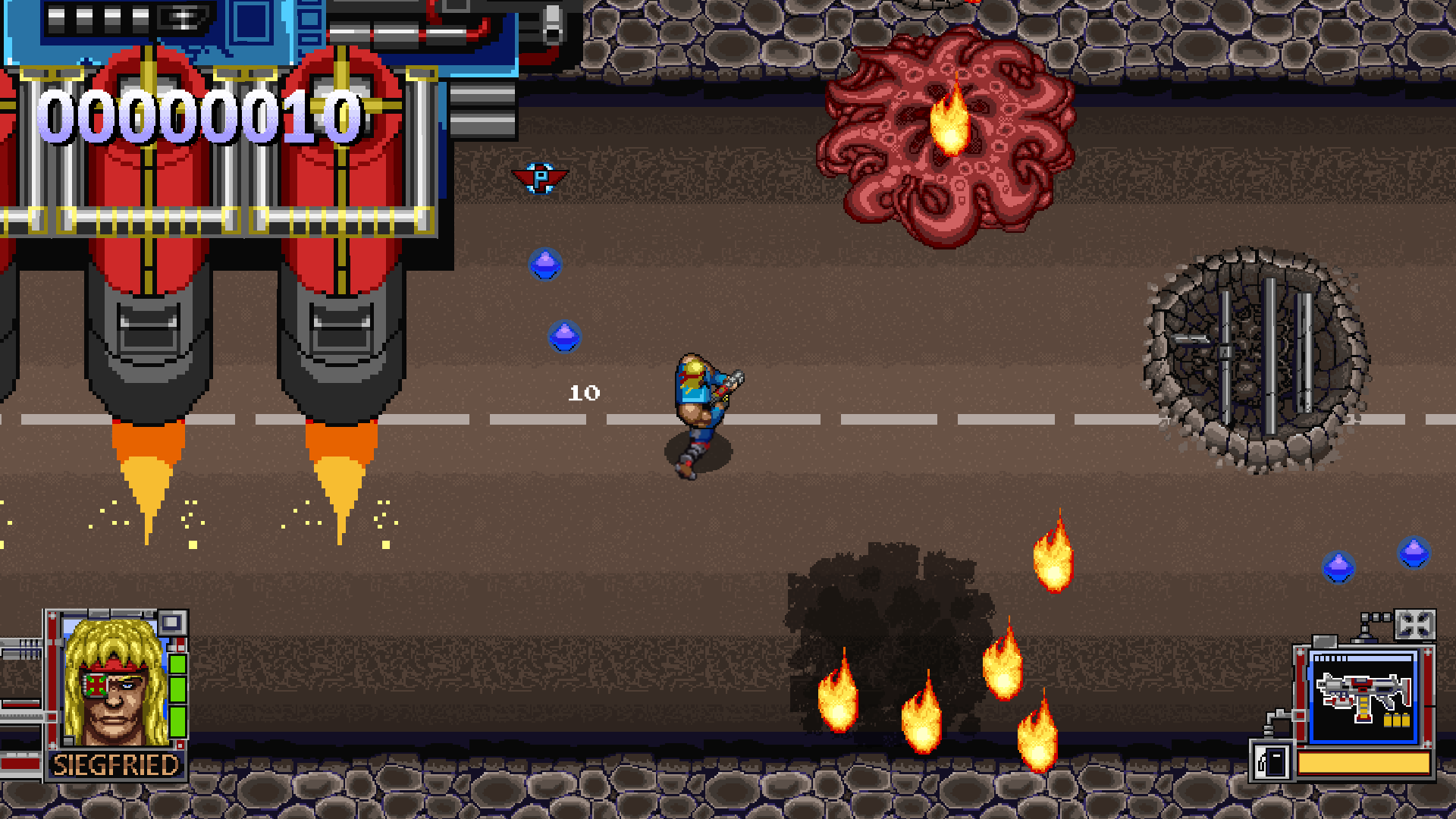 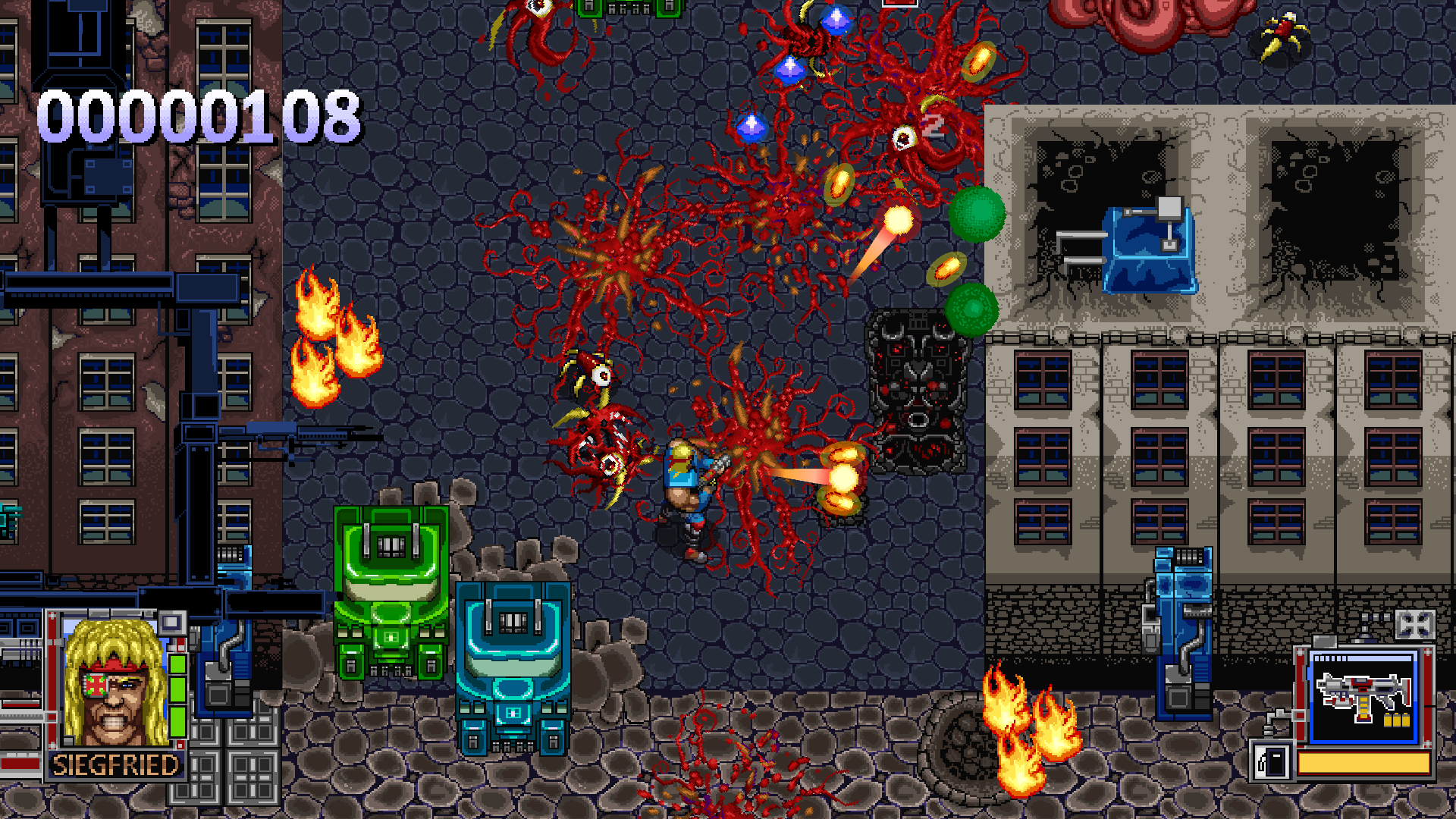 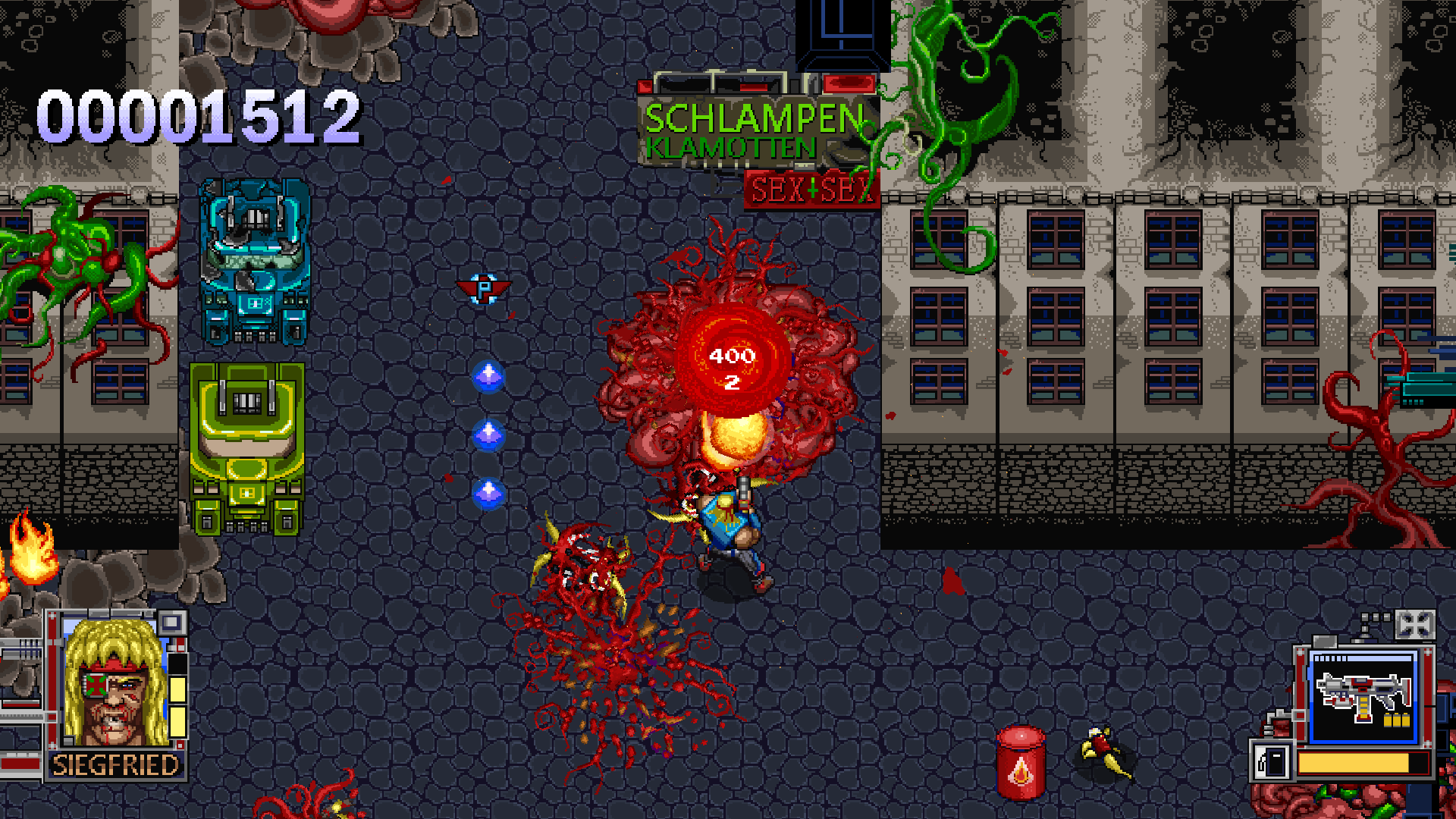 Please note that the game is limited to 3 copies per customer, thank you.

A flawless cyborg engineered for war, players will become Siegfried von Hammerstein, a unique semi-organic battle unit, as they fight their way through a post-apocalyptic world ravaged by a newly emerged mutant menace. It's 1984 and the end of the world as we know it. A great plague wrought by human hands has devoured all known life and puked forth a myriad of uncontrollable evil mutants. With the human race nearing extinction, Dr. Hartmuth Griesgram, a heartbroken and eccentric scientist who is responsible for the creation of synthetic humans, activates a prototype killing machine as humanity’s last hope: the prototype SturmFront battle unit.

Sturmfront - The Mutant War: Übel Edition will come with a cardboard sleeve, reversible cover and poster!