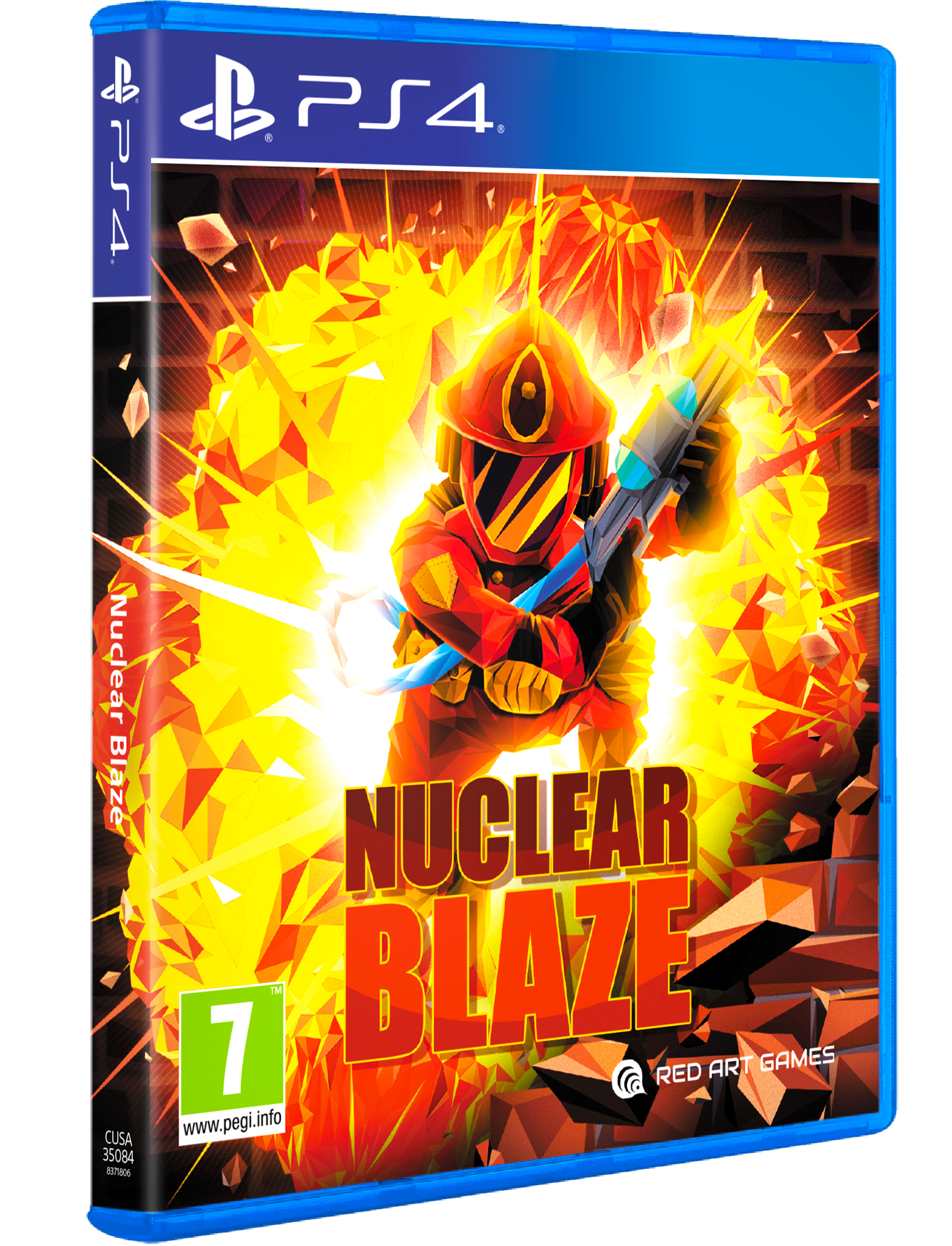 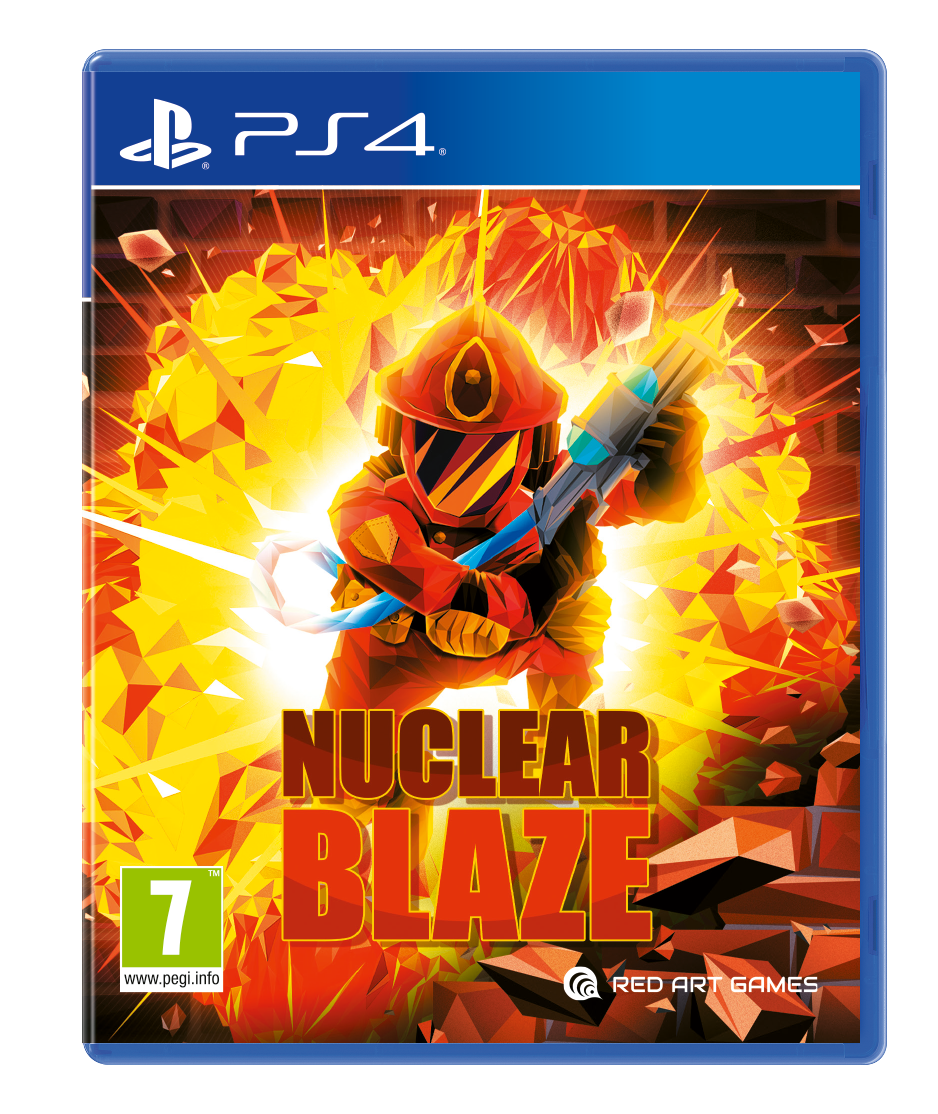 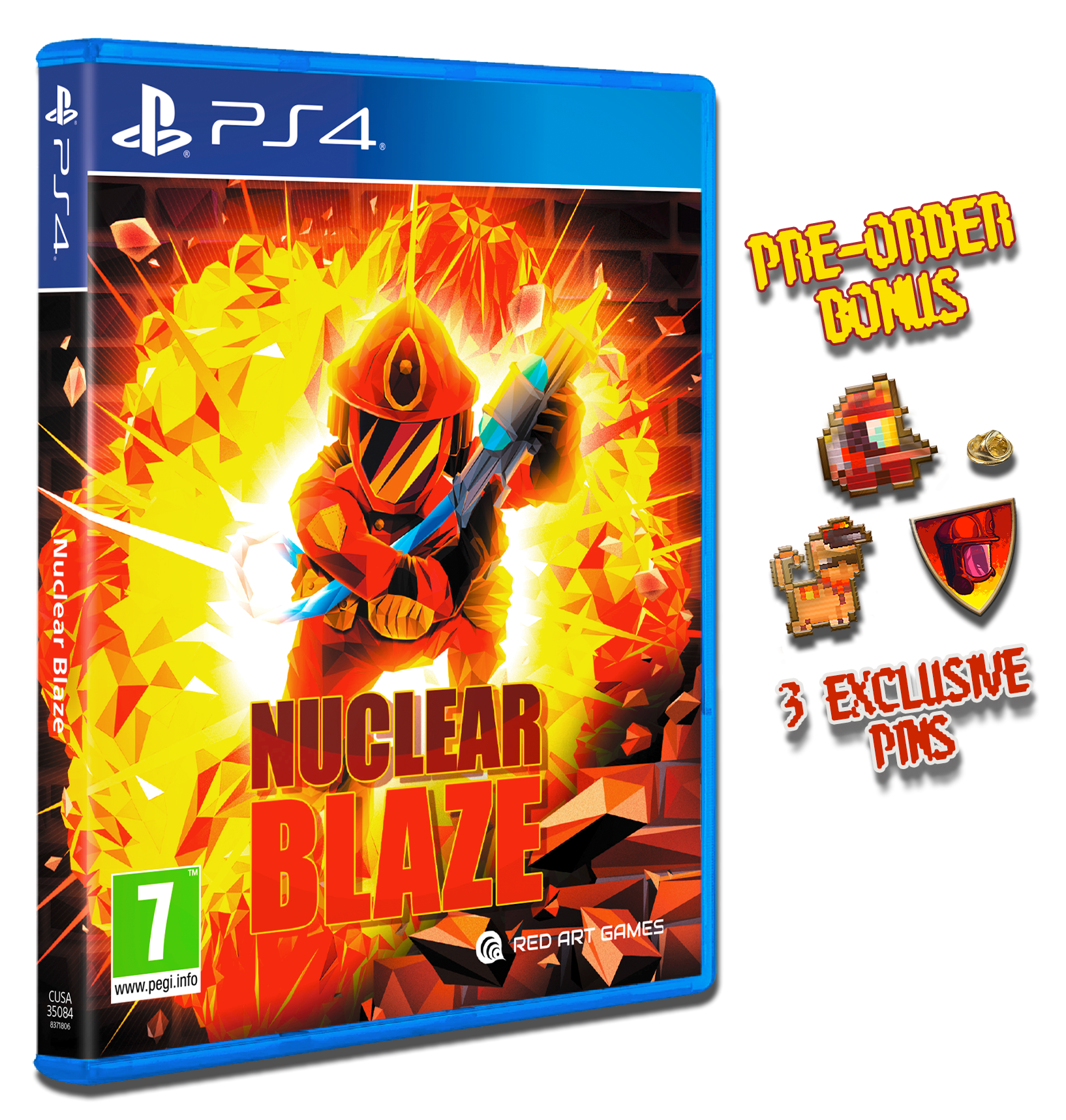 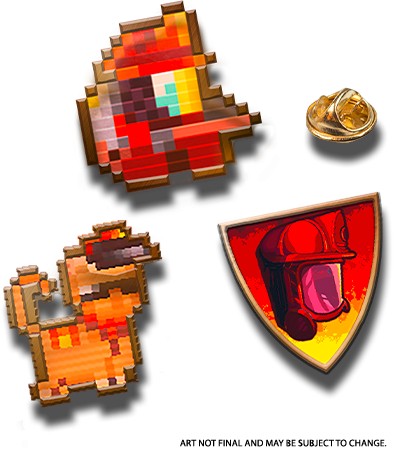 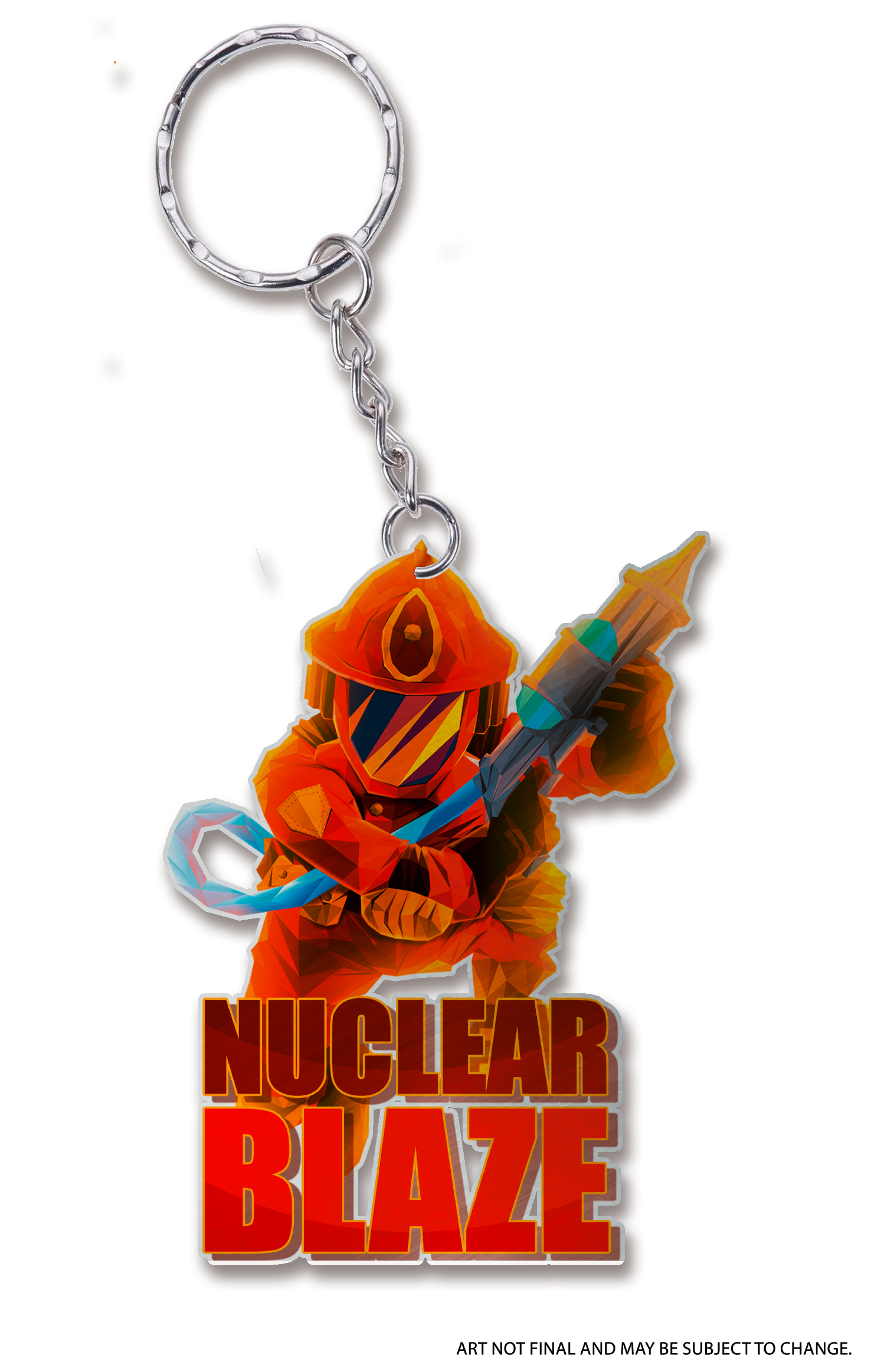 Booklet with an exclusive interview from the developer Sébastien Benard included along with a soft PVC keychain of the main character inside every copy!

A huge fire is raging and you are sent on the spot to stop it. Business as usual for a highly-trained and experienced firefighter such as yourself. Air dropped right in the middle of this blazing inferno, your main mission objectives are to contain the fire, investigate its causes and look for survivors.

The unexpected discovery of a secret military facility is quickly going to send a monkey wrench in your plans. Unravel the truth behind the existence of Site 16 and A-█████. Access to that information may require authorization clearance ████ and ██ though…

In addition to the game’s main mode, Nuclear Blaze also includes a special Kid Mode created with younger players (aged 3 and up) in mind. This mode has its own specific - and easier - levels, an immortal hero, simplified controls (with auto-aim) and tons of helicopters and trucks! Nuclear Blaze’s console version also includes the “Hold my Beer” Mode which adds hidden areas in all levels as well as new threats that require a more precise and tactical approach. On consoles, gamers will get the complete Nuclear Blaze experience!