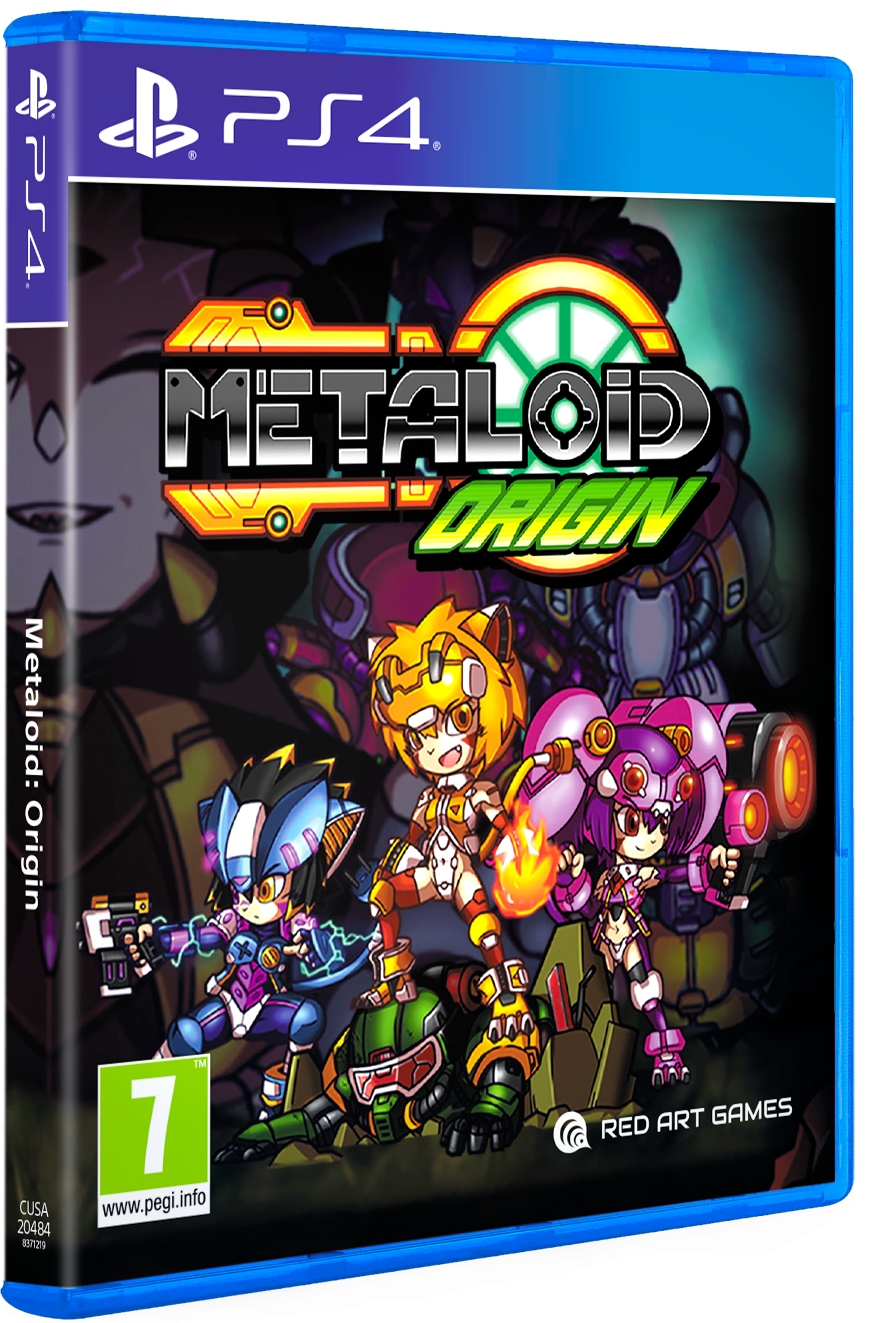 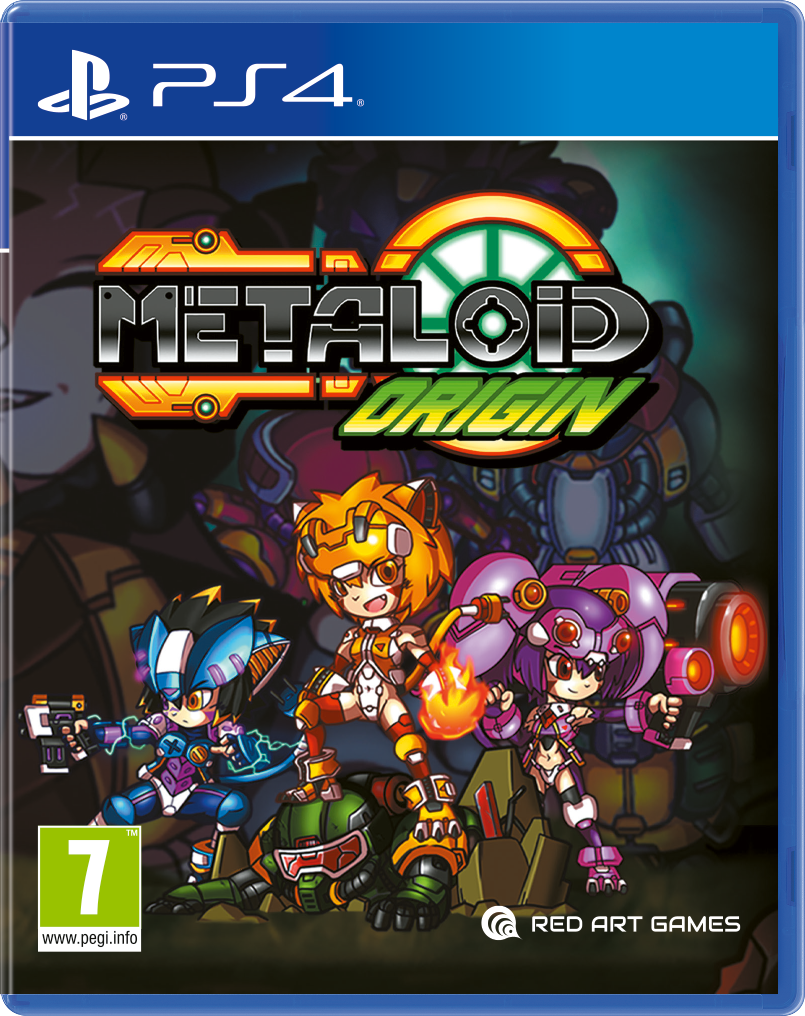 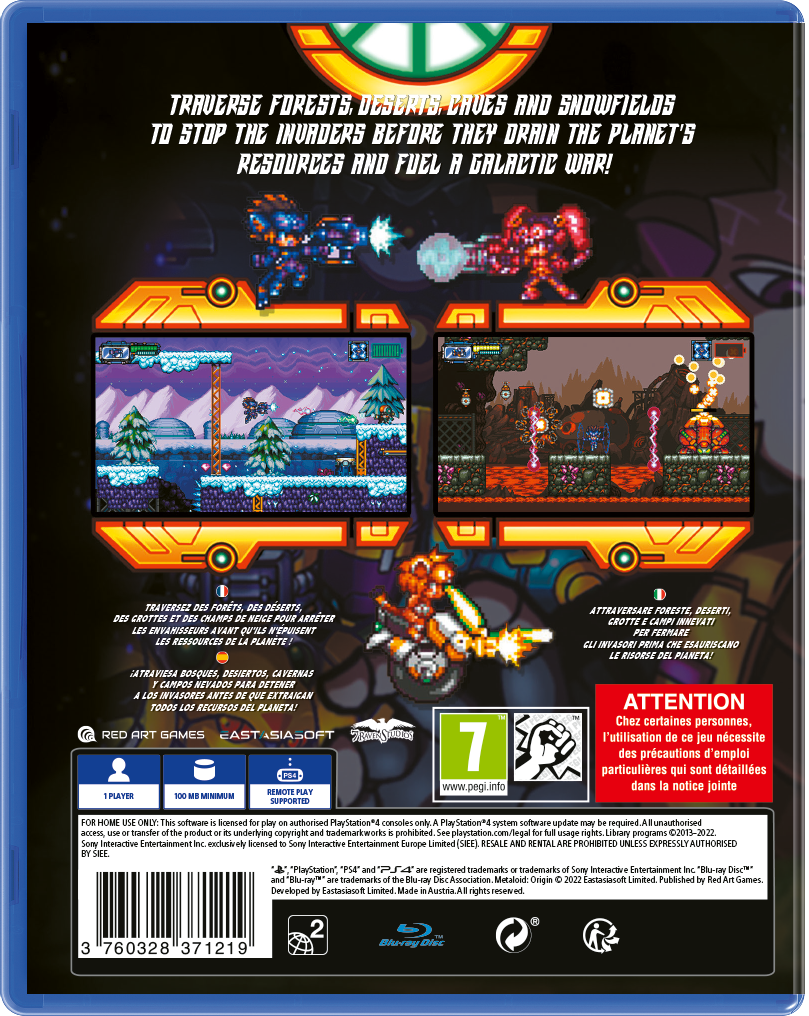 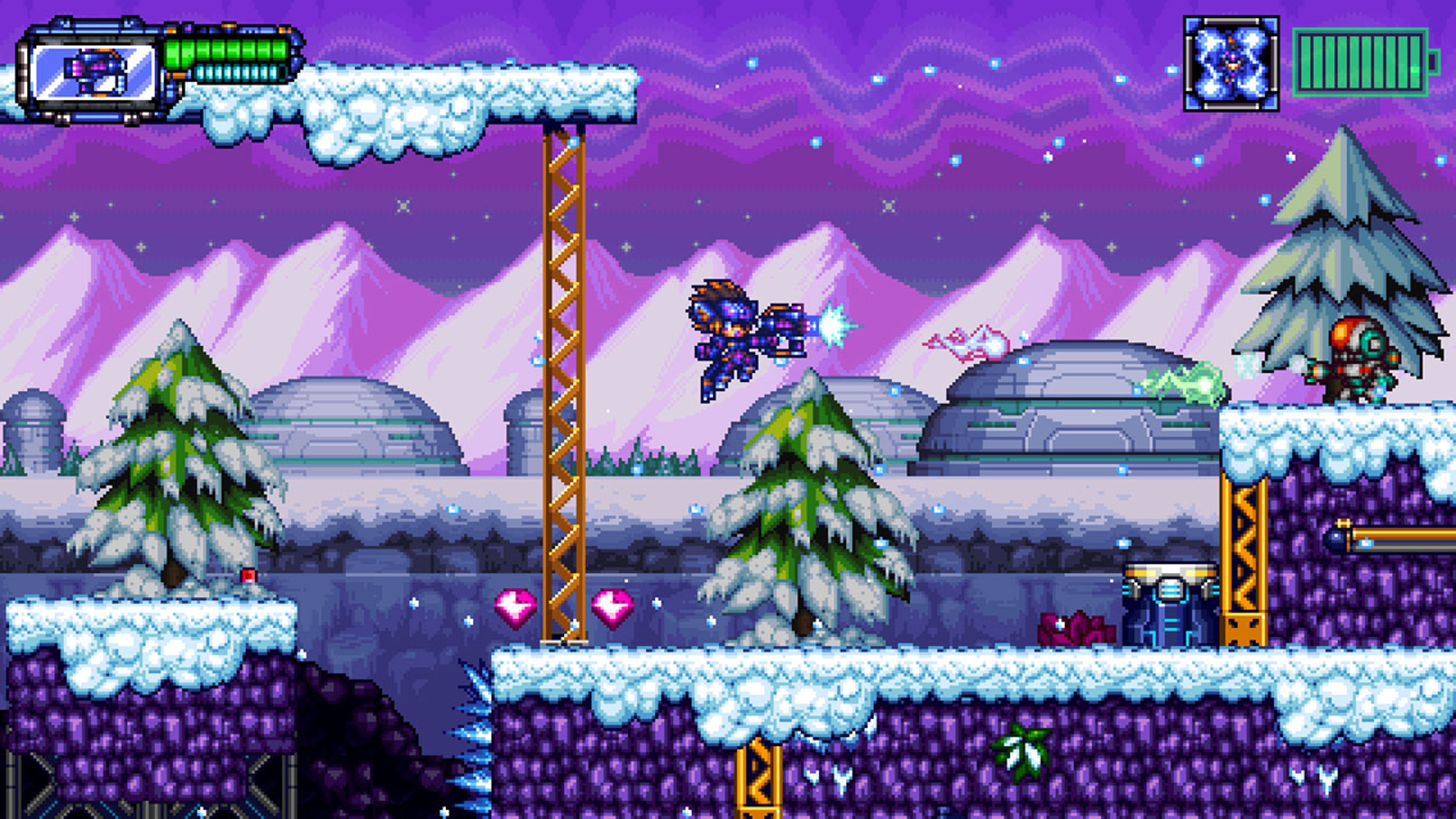 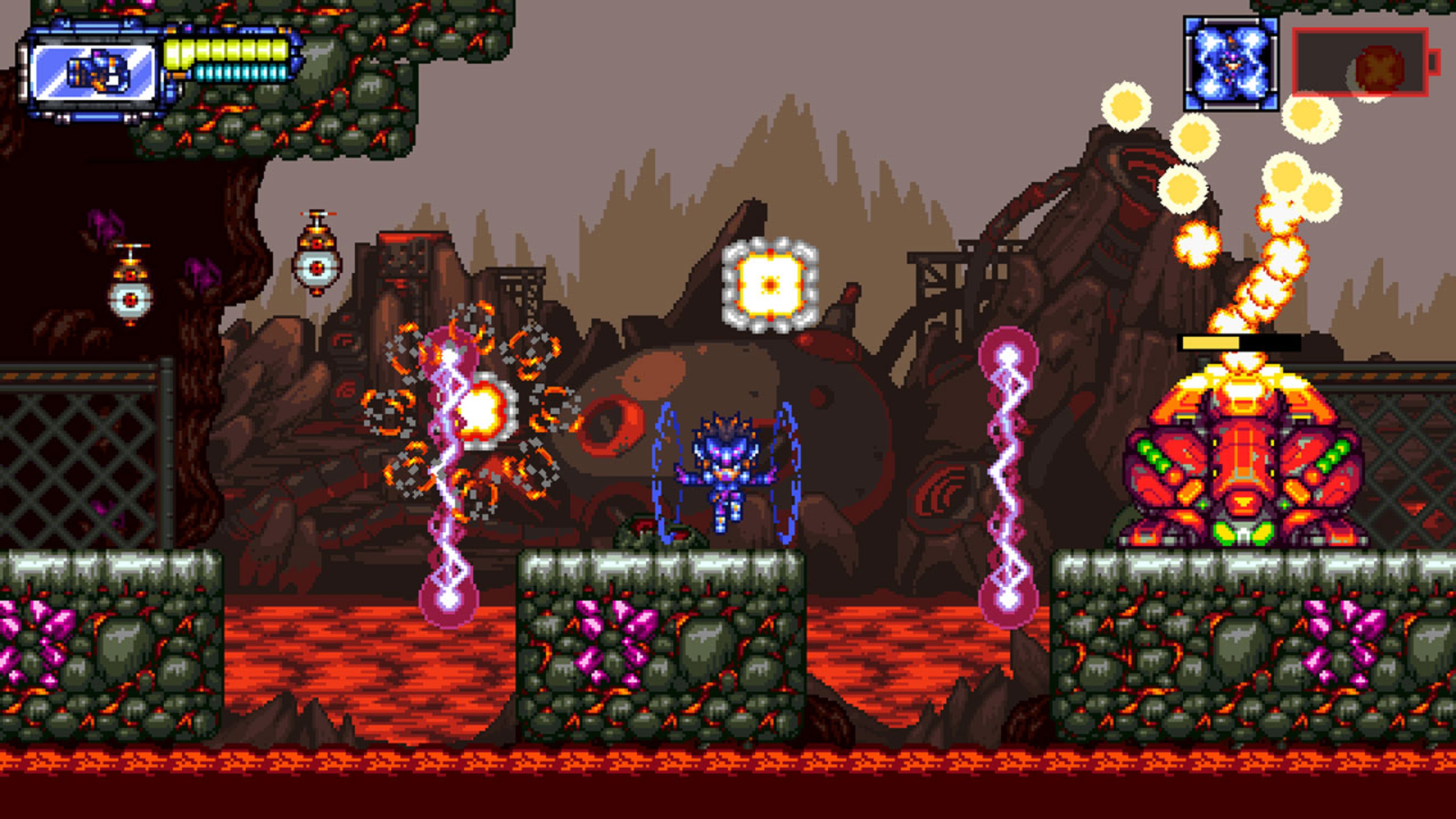 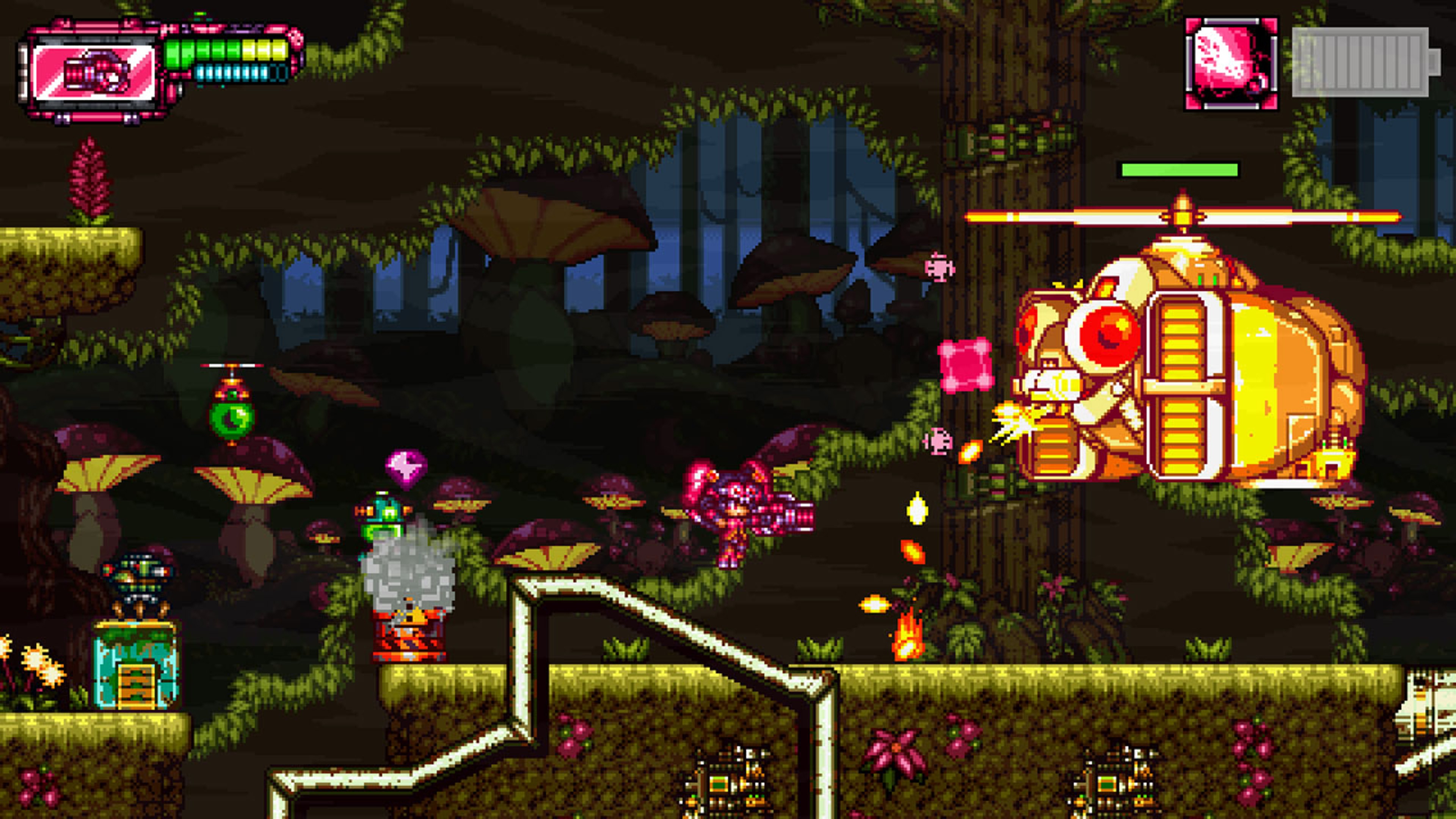 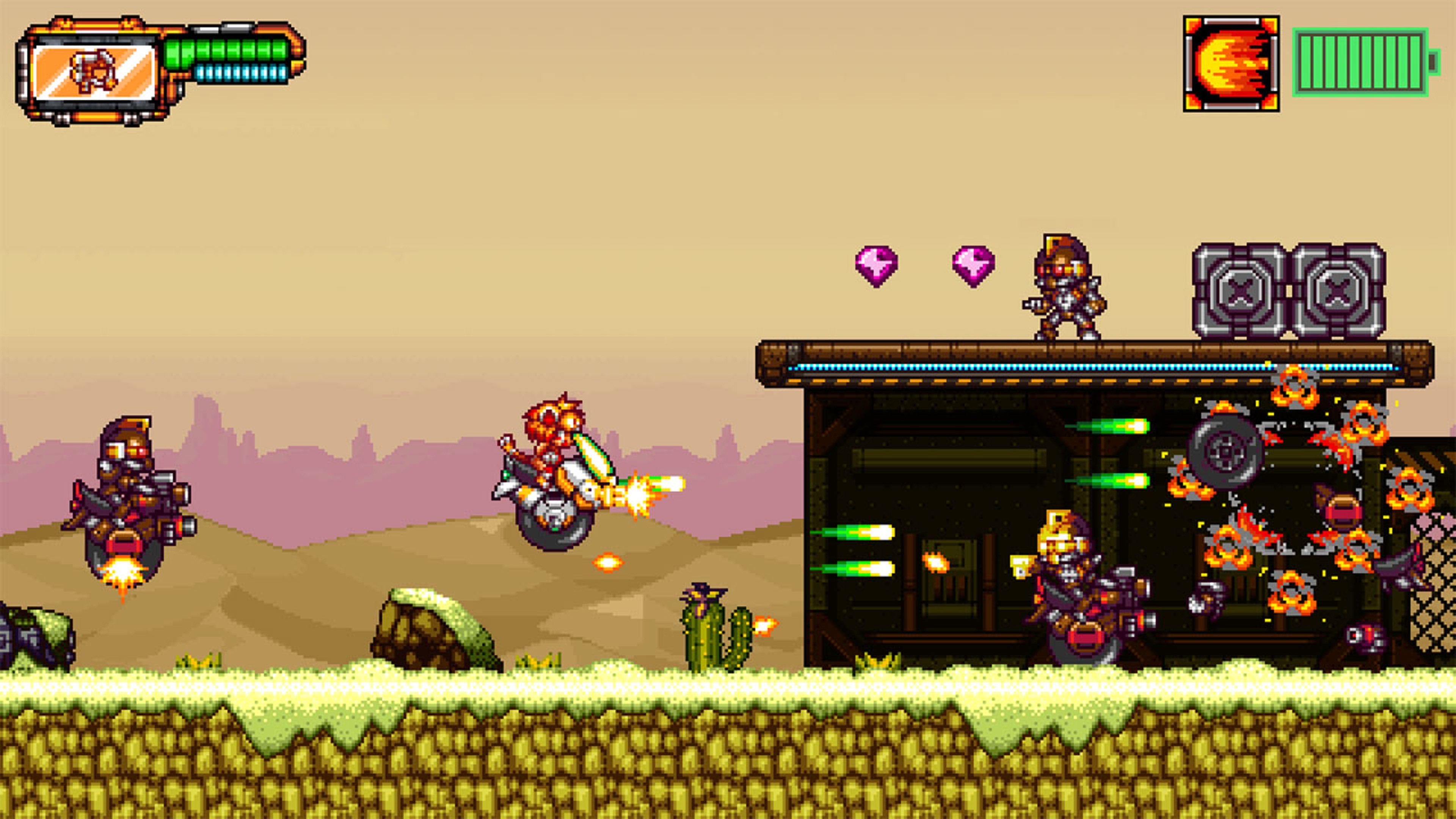 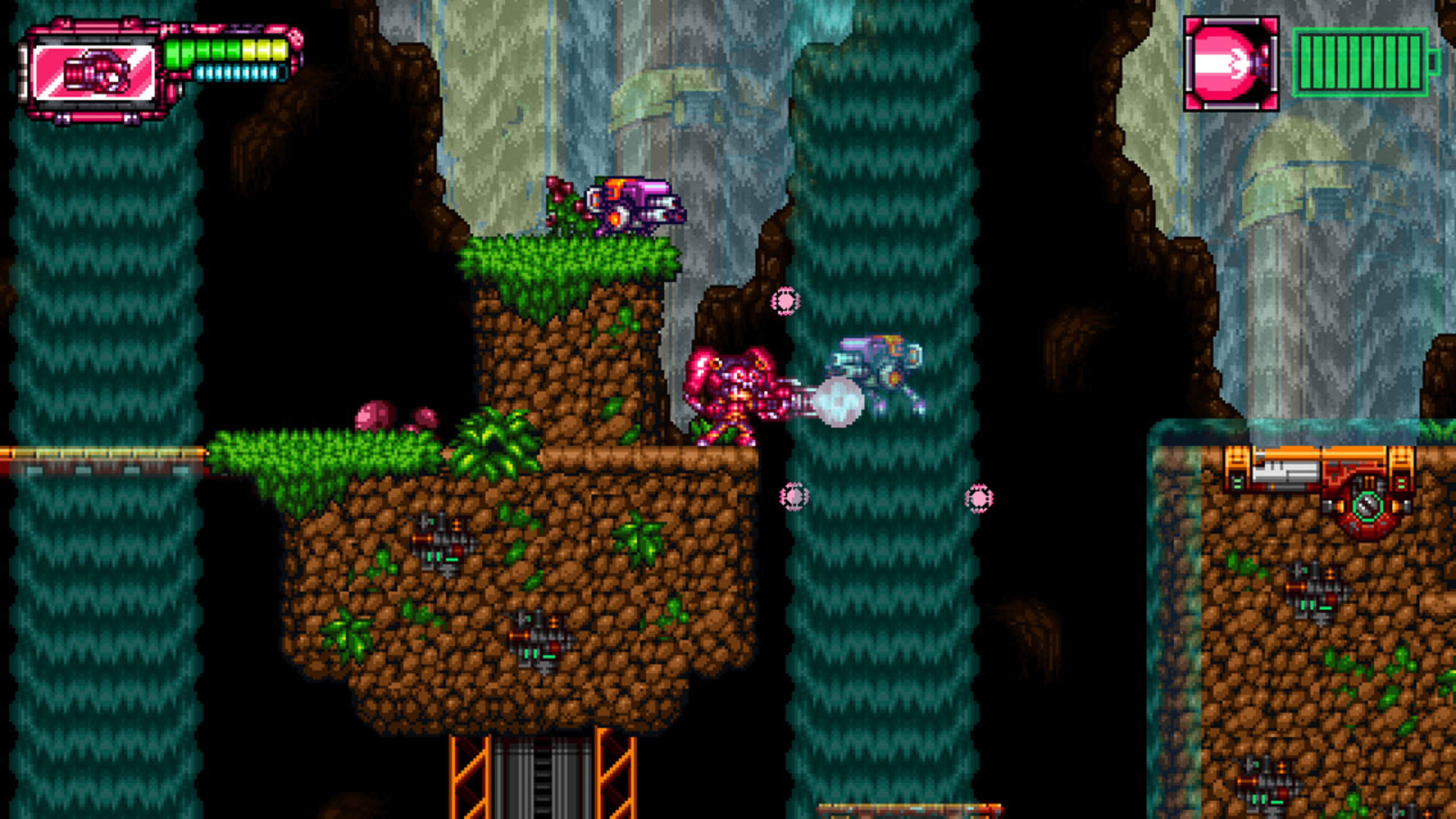 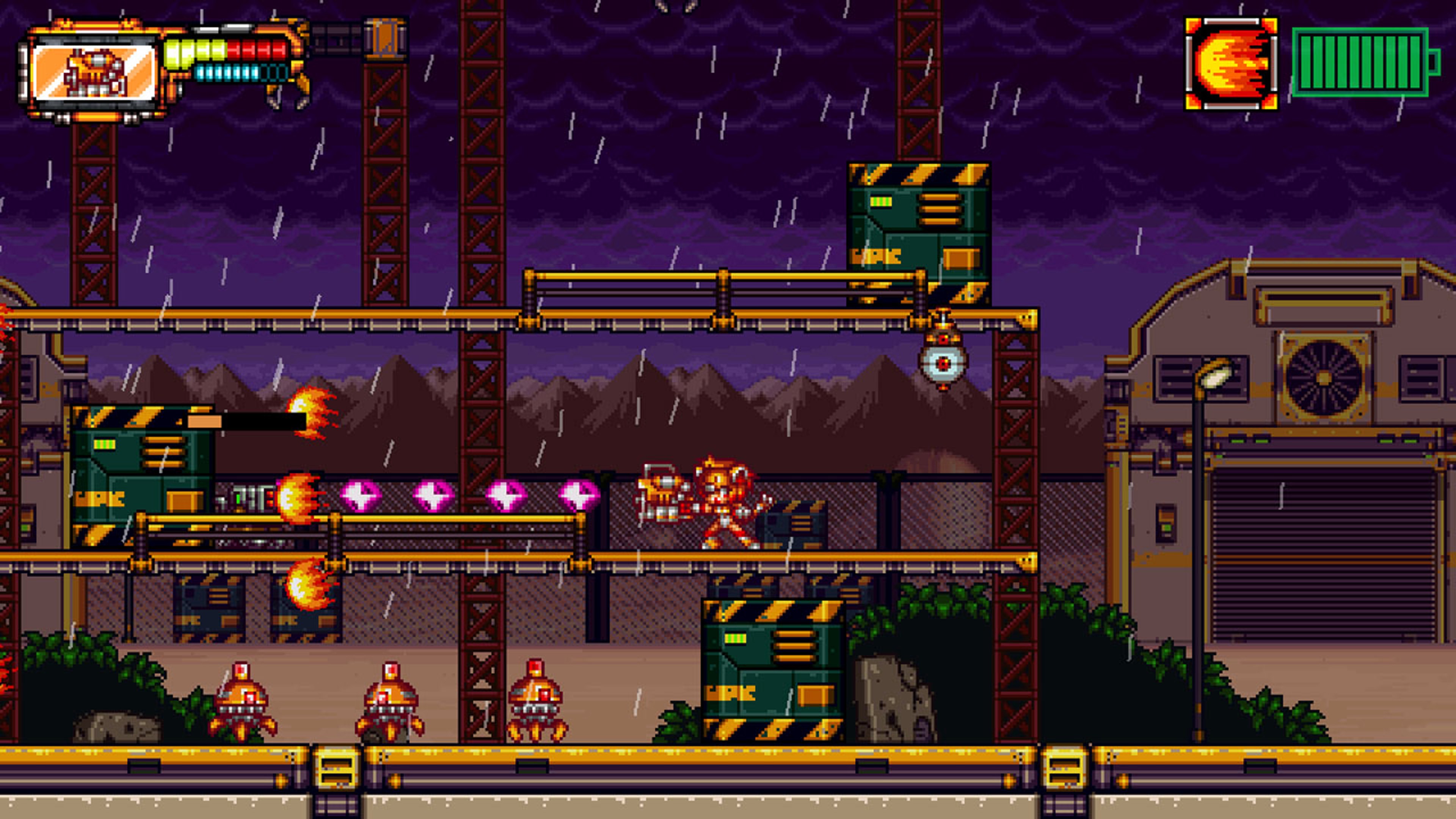 Metaloid: Origin is the sequel to the run-and-gun classic METAGAL!

Take the role of 3 “Predator” androids as they defend their world against the robot army of Lucian Corp. Each playable character offers distinct advantages. Erika can flood the screen with bullet fire, Zeta uses atomic thunder to strike hard and fast, while Neva employs a jetpack to fly across levels and attack from above. As one of these warriors, you’ll have to traverse forests, deserts, caves and snowfields to stop the invaders before they drain the planet’s resources and fuel a galactic war! Use Soulrium dropped by defeated robots to unlock new weapons at any time, and gain the power needed to take down menacing bosses.